The U.S. Air Force's Master Plan to Replace the F-22 Raptor Could be a Shocker 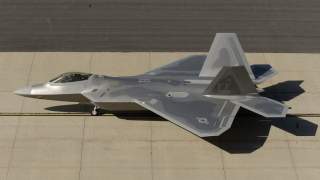 But the world’s leading air arm is proposing to develop some kind of new aircraft to complement, and perhaps replace, the F-22 on the most dangerous air-dominance missions in heavily-defended territory.

Noting that enemy air-defenses are developing faster than the Air Force can counter them, the flying branch’s “Air Superiority 2030 Flight Plan,”published in May, warns that “the Air Force’s projected force structure in 2030 is not capable of fighting and winning.”

“Developing and delivering air superiority for the highly contested environment in 2030 requires a multi-domain focus on capabilities and capacity,” the flight plan notes. To that end, it calls for the Air Force to begin developing, as early as 2017, a new “penetrating counterair” system, or PCA.

Studiously avoiding specificity with regard to the PCA, the plan leaves open the possibility that the new penetrating counterair system could be manned or unmanned. In any event, the PCA will be part of a network of systems.

“While PCA capability will certainly have a role in targeting and engaging, it also has a significant role as a node in the network, providing data from its penetrating sensors to enable employment using either stand-off or stand-in weapons,” the plan explains.

“The penetrating capabilities of PCA will allow the stand-in application of kinetic and non-kinetic effects from the air domain.” In other words, the PCA could be a highly stealthy manned fighter or drone whose main job is find targets for other systems to attack.