The US Army's Paratrooper Master Plan to Dominate the Battlefield 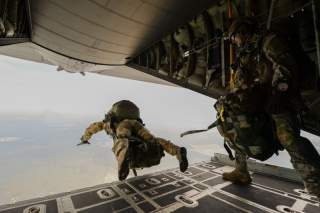