The U.S. Defense Budget: Too Big, Too Small or Just Right? 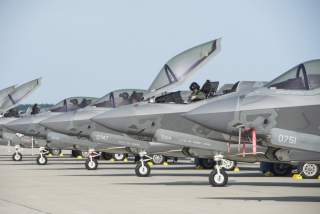 The Center for the National Interest partnered with the Charles Koch Institute to host a foreign policy roundtable. Among the topics addressed was: Is the U.S. defense budget and the size of our military appropriate for our needs? Why or why not? Watch the rest of the videos in the “On the Home Front: The Domestic Side of International Relations” Series.

“Everything starts with strategy in this business,” answers Barry Posen of the Massachusetts Institute of Technology as to whether the U.S. defense budget is the appropriate size. “If you accept the present grand strategy it might be true that the defense budget is actually too small.”

Previously, the panelists provided evidence that the United States is remarkably secure as a nation. The United States enjoys a beneficial geographic situation, with “big moats” to the east and west and friendly, weak neighbors to our north and south. Furthermore, as the Charles Koch Institute’s William Ruger explained, “You have the world’s largest navy, the world’s strongest military—period. You have an incredibly strong economy, which is the foundation of military power. So we are just not in the same situation that other states are historically.” The United States also guarantees its own security by maintaining a powerful nuclear arsenal that deters other nations from attacking.

The United States defense budget amounts to roughly $600 billion a year, just over half of all federal discretionary spending. Meanwhile, the U.S. national debt has ballooned to roughly $19 trillion. In fact, former chairman of the Joint Chiefs of Staff Admiral Michael Mullen famously remarked that “The most significant threat to our national security is our debt.”

With that in mind, is there any way to limit U.S. defense spending without simultaneously decreasing U.S. security?

Yes, these scholars argue, provided the United States adjusts its grand strategy. Posen outlines a more modest military force structure best suited to his vision of restraint. Christopher Preble of the Cato Institute argues that “If [the United States] were less actively engaged and forward deployed than we were today, [the U.S.] could rely much more heavily on Reserves and the National Guard to augment a small active duty army in the truly rare instances where [the U.S. would] need a large physical presence in a distant place.” According to Preble, returning more troops home would be a return to “that model which worked really well for this country for a really long time.”

The role of U.S. allies was also discussed. Harvard University’s Stephen Walt argues that moving to a new grand strategy could be used to force “our allies to do much more of the heavy lifting in the areas in which they live and where their interests are much greater than ours.” Eugene Gholz of the University of Texas at Austin agreed, suggesting that “our current allies should be our friends not allies,” noting how expensive it is to provide for other countries’ defense.

Finally, several of the scholars suggest that even if the United States wasn’t willing to make a change to its grand strategy, there are still ways to safely cut the budget. Ruger provides several examples of wasteful spending programs, while Preble mentions military bases the Pentagon wants to close that Congress won’t agree to shutter.