The U.S. Military’s UFO Program: Everything We Know (So Far) 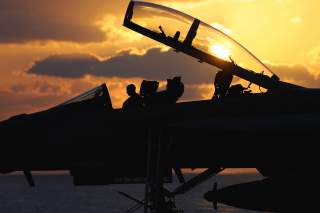