Is the U.S. Navy Really Ready for War? 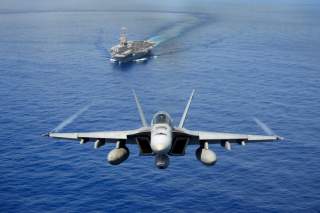 As The National Interest's defense editor Dave Majumdar reported last week, the U.S. Navy's aviation community is struggling to keep the long-serving Hornet family of aircraft flying. As few as one in three F/A-18 aircraft are ready to go to war at any given time, rear-area squadrons are routinely raided for airframes, and one wing may even have to take a four-month holiday from flying in order to make ends meet.

In our inaugural Facebook Live video, TNI managing editor John Allen Gay spoke with Majumdar about the potential devastating impact that this crisis is having on a core area of America's power projection.