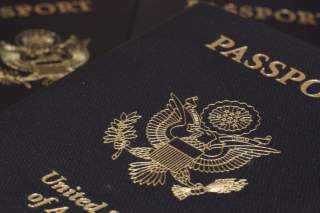 On Wednesday, May 25th, the House Judiciary Committee is scheduled to consider the Visa Integrity and Security Act of 2016 (H.R. 5203).  With the recent occurrences of international terrorism, we commend any sensible efforts within the legislation to enhance our national security.  However, if enacted into law in its current form, the legislation would negatively impact the Iranian American community, undermine U.S. interests, and make it increasingly difficult for all immigrants and travelers to come to the United States without ensuring our safety from international terrorism.

The legislation includes a discriminatory provision that mandates the Department of State to complete individualized Security Advisory Opinion (SAO) on all immigrant and non-immigrant visa applicants who are nationals of Iran, Iraq, Libya, Somalia, Syria, Sudan, or Yemen.  If enacted into law, the legislation could increase the probability that innocent people will, by virtue of their nationality, be subject to unnecessary screening procedures and may be improperly barred from entering into the United States. This would negatively impact family visitations and emergency medical care for loved ones.

Furthermore, the provision is counterintuitive to U.S. policy interests of engaging the Iranian people and supporting their democratic aspirations. Iran is unique in the Middle East, in that the Iranian people maintain a favorable disposition towards America and its values.  A survey conducted in 2012 by Israeli political strategist Yuval Porat, showed that Iranians held liberal and democratic values that stand at odds with the values of the current Iranian regime.  The legislation unfairly targets the Iranian people, undermining the solidarity between the peoples of Iran and America, and serving the interests of hardliners in Tehran.

The legislation also significantly raises the burden of proof for visa applicants.  This can be detrimental to asylum seekers and refugees fleeing the very circumstances that we as a nation are seeking to address. It can also have a negative impact on American universities seeking foreign students and businesses in need of highly skilled workers for STEM and other critical functions.

Finally, the legislation raises several significant privacy concerns by mandating social media vetting and DNA testing for biological family-based immigrant applications.  However, there are no provisions within the bill to discard or safeguard this massive new database of DNA nor are there any contingencies to ensure proper monitoring of social media.

As members of Congress look to address vulnerabilities in the current visa screening process they should be mindful of the potential consequences and the effectiveness of their actions.  For the above mentioned reasons, we believe it to be of critical importance that the Visa Integrity and Security Act be amended to ensure that American families, institutions, and interests are not adversely impacted.

Austin is the executive director of the Public Affairs Alliance of Iranian Americans (PAAIA). Ghorban is the director of Government Affairs and Policy for PAAIA.