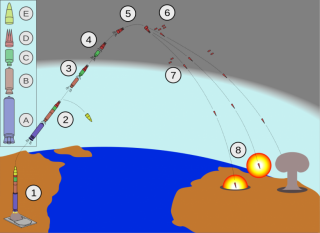 Defense contractors are starting to submit their bids to build a new replacement intercontinental ballistic missile (ICBM) to replace the long-serving Minuteman III under a program called the Ground Based Strategic Deterrent (GBSD). The U.S. Air Force had released a request for proposals to replace its 1960s-era ICBMs earlier in July. But the program won’t be cheap.

Nonetheless, there is no question that the United States will need to replace the Minuteman III. “If we don't replace these systems, quite simply they will age even more and become unsafe, unreliable and ineffective,” Defense Secretary Ash Carter told the troops at Minot Air Force Base in North Dakota on Sept. 26. “The fact is, most of our nuclear weapon delivery systems have already been extended decades beyond their original expected service lives. So it's not a choice between replacing these platforms or keeping, it's really a choice between replacing them or losing them. That would mean losing confidence in our ability to deter, which we can't afford in today's volatile security environment.”

For defense contractors, the GBSD program could be a lucrative contract worth tens of billions of dollars. Earlier today, Boeing—which originally built the Minuteman ICBM—submitted its bid to build its replacement.

“The Boeing Company responded today to the U.S. Air Force solicitation for the Ground Based Strategic Deterrent (GBSD) Technology Maturation & Risk Reduction (TMRR) contract, to partner with the U.S. Air Force to provide a safe, secure and effective intercontinental ballistic missile (ICBM) system to deter emerging, modern nuclear threats,” reads an Oct. 11 statement from Boeing. “Boeing’s expertise in ICBM design, development and production has influenced a GBSD concept that is readily capable and affordable. Boeing created the Minuteman ICBM in 1958, and we are ready to again offer an ICBM that will meet the Air Force mission requirements through 2075.”

Northrop Grumman is also bidding on the GBSD program. Indeed, TRW–one of the companies that is now part of Northrop—was integral to the Minuteman project during its inception in 1954. Defense goliath Lockheed Martin is also known to be interested in the GBSD contract.

The Air Force estimates that the program will cost $62 billion, but the Pentagon’s Cost Assessment and Program Evaluation office pegs the price tag much higher—roughly $85 billion. That’s on top of the cost of recapitalizing the U.S. strategic bomber fleet and its associated nuclear-tipped cruise missiles. The Pentagon hopes to buy 642 GBSD missiles for roughly $66.4 million each to support a deployed force of 400 weapons and to budget at least $1.25 billion annually from 2036 to 2040 according to Pentagon procurement czar Frank Kendall as cited by Bloomberg.

The Air Force is struggling with the price tag for the Northrop Grumman B-21 Raider strategic bomber and the Long Range Standoff (LRSO) nuclear-tipped cruise missile. The Air Force has been asking the Congress to move the two programs into a strategic deterrence fund alongside with the U.S. Navy’s Columbia-class Ohio Replacement Program (ORP) ballistic missile submarines because the programs are crucial to recapitalizing America’s strategic nuclear deterrent for the future. “If [there] is a strategic deterrence fund that would help or benefit one leg of the triad, I would ask for consideration that all legs of the triad be included in such an approach,” Air Force Secretary Deborah Lee James  told the Congress on March 16.

Costly as maintaining the nuclear triad is, it is burden America must continue to bear with continued the threat from Russia and a fast rising China. The United States expects to maintain a strategic nuclear deterrence force of some 400 deployed ICBMs, 60 nuclear-capable strategic bombers and 240 submarine-launched ballistic missiles for total of 700 launch vehicles under the New START Treaty with Russia.

The treaty goes into effect on February 5, 2018, but nuclear weapons will continue to be the cornerstone of American security. “This is about maintaining the bedrock of our security and after too many years of not investing enough, it's an investment that we, as a nation, have to make because it's critical to sustaining nuclear deterrence in the 21st century,” Carter said.