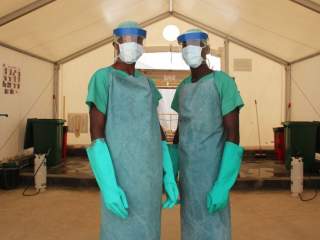 The recent outbreak of Zika virus and its spread to twenty-three countries—mainly in Latin America and the Caribbean—has prompted the World Health Organization (WHO) to declare Zika a Public Health Emergency of International Concern (PHEIC). On February 1, 2016, director-general of the WHO, Margaret Chan, called for a coordinated international response to improve Zika surveillance and detection, to aid in the control of mosquitoes and to expedite development of diagnostic tools and vaccines to protect people at risk.

The WHO estimates there are currently 500,000 to 1.5 million cases of Zika in the Americas. Cases have also been reported in the United States, Australia and the Republic of Ireland, each the result of recent travel to Latin America or the Caribbean. However, only one-in-five patients experience symptoms, and even then, symptoms are relatively mild; characterized by a fever, rash and conjunctivitis lasting for two to seven days.

While it has not been confirmed, experts agree that a causal relationship between Zika infection during pregnancy and microcephaly—a condition in which a baby's head is abnormally small, causing incomplete brain development—is very likely. Also of concern is the probable link between Zika and Guillain-Barré syndrome (GBS), an autoimmune disorder which causes muscle weakness, paralysis and sometimes death.

In the worst affected area, about 1 percent of newborns have suspected microcephaly. Brazil has reported four thousand cases of microcephaly since October 2015, four hundred were confirmed and only seventeen were linked to Zika. Despite the small number of confirmed cases, and the even smaller number directly linked to Zika, this still represents a sharp increase since 2014, when only one hundred and fifty babies were born with microcephaly in the country.

GBS—the other, less publicized Zika-related concern—is also rare. However, Jimmy Whitworth from the London School of Hygiene and Tropical Medicine says that even if GBS occurs in only 1 per 10,000 or 1 per 100,000 cases of Zika, and if the WHO's prediction of 4 million cases by the end of 2016 is correct, a significant increase in GBS can be expected.

The facts and figures of Zika, although concerning, show that it will not be 'Ebola 2.0', as it has been labeled. This is partly to do with the virus' mode of transmission. The Aedes mosquito circulates only in tropical and sub-tropical climates, and is therefore unlikely to spread to cooler climates and will likely reduce in incidence in cooler months.

But the reasons why Zika is not Ebola 2.0 are also contextual. During the Ebola outbreak, failures occurred which do not apply to the situation with Zika. These failures came at three levels: national, regional and international.

At a national level, governments failed (or at least, their surveillance mechanisms failed) to sound the alarm in a timely manner. The first Ebola case was a two-year old boy in a remote jungle region of southern Guinea in December 2013. However, due to inadequate health and surveillance systems in Guinea, Sierra Leone and Liberia, Ebola was not diagnosed until March 2014. Sierra Leone's Government claimed not to need assistance—they could control the spread of the virus with checkpoints and awareness campaigns.

The second failure was unique to the region. Peter Piot, the co-discoverer of Ebola, and Jeremy Farrar, head of the Wellcome Trust, have noted that WHO's Regional Office in Africa (WHO-AFRO), which should be the WHO's strongest regional office, given the breadth and depth of health challenges in the region, suffers from longstanding problems around capacity, and because of its location (Brazzaville), it struggles to attract the quantity and quality of talent and leadership it needs.

The final (and possibly most palpable) failure occurred at the international level.

This failure did not emerge from a lack of will, rather it was the product of a resource-constrained organization with its eyes firmly on the non-communicable disease epidemic. In a ten-day period between May-June 2014, Guinea and Sierra Leone recorded one hundred and fifty new Ebola infections, bringing the cumulative total to four hundred and forty cases. This rightly alarmed officials at WHO-AFRO, who contacted the WHO Secretariat in Geneva recommending a PHEIC be declared. The true failure lies in the delayed response. The emergency committee did not meet until August 7, 2014, and on August 8 recommended to the Director General that a declaration of a PHEIC was justified.

Return now to 2016: the world is fixated on Zika, wondering if it will be 'Ebola 2.0.’ But it won't be, partly because of its mode of transmission, partly because Zika is unfolding in a post-Ebola world, but mainly because Latin America is not West Africa. Health systems are largely stronger and governments better able to deal with public health emergencies (a particular priority with the 2016 Olympic Games around the corner). Also, PAHO (WHO's Regional Office for the Americas) is not WHO-AFRO (and in any case, if Zika was unfolding in Africa, WHO-AFRO's response would benefit from the Ebola experience), and the WHO is much better prepared, cautious and eager to show the world that it can be what we need it to be: a true leader in global health.

The international community's thorough and swift handling of Zika suggests that governments and the WHO learned from the devastation caused by Ebola.

Allira Attwill is a freelance Health Policy and Health Economics consultant. She graduated from the London School of Economics with an MSc. Health Policy, Planning and Financing in 2014, and a BA. (Population Health) & (Marketing) from Wollongong University in 2007. This article first appeared in the Interpreter.