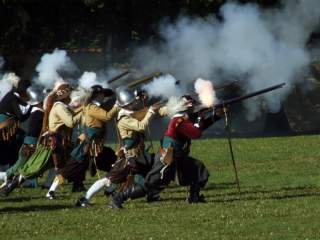 Devotees of the Guardians of the Galaxy series of books might remember the line “History doesn’t repeat itself but sometimes it rhymes.”  A popular meme in the works of defense and foreign policy experts for the past several years is the degree to which the current international security environment echoes that of the late 1930s. Among the parallels that commentators cite are the explosion in commercial and military technologies, the rise of ideologies, the assertion of nationalist aspirations by ethnic and religious groups large and small, the shift in the balance of economic and military power from status quo nations to those intent on rewriting the rules of international relations, the increased power of non-traditional/non-state actors and a rise in new forms of warfare. The usual purpose for such discussions is to suggest that these factors were central to the slide into World War Two and that unless – or perhaps, even if – serious measures are taken, the world could once again be slouching towards Armageddon.

Historical analogies are never quite accurate, but they can be useful in teasing out how the interaction of environmental forces and policy decisions can result in unanticipated and even counterintuitive outcomes. With this caveat in mind and in light of yesterday’s vote in the U.K. to leave the European Union, I would like to suggest that perhaps historians and analysts have been overly focused on modern history in their attempts to line up recent events with historical precedents.

An alternative analogy to what we are seeing in the current international security environment may be 1618 and not 1938, particularly but not exclusively with respect to the situation on the European continent. Practitioners in the field of international relations focus on 1618 because it marks the start of the Thirty Years’ War which ended in the Treaty of Westphalia in 1648, that led in turn to the modern state system and rules of international relations. Many conditions that prevailed then were not only proximate causes for the Thirty Years’ War,but helped fuel the intensity of a conflict that by some estimates reduced the population of Germany by a full third. Then, as now, the rules, customs and conventions that governed the international system no longer sufficed to prevent chaos and interminable warfare. Nations and non-state actors alike competed for economic and political power, sought to satisfy old territorial ambitions, assaulted one another based on religious, ethnic and political differences and formed temporary alliances of convenience and coalitions of the willing.

Religious rivalries played a major role in the upheavals of the early 17th Century. No less a historian and diplomat than Henry Kissinger perceived the similarities between the current Sunni-Shiite struggle in the Middle East and the religious rivalries in Europe prior to 1648. Equally important, he observed that this primary struggle was reinforced and exacerbated by a variety of competitions and rivalries between states and non-state actors.

“The Middle East is caught in a confrontation akin to—but broader than—Europe’s pre-Westphalian wars of religion. Domestic and international conflicts reinforce each other. Political, sectarian, tribal, territorial, ideological and traditional national interest disputes merge. Religion is ‘weaponized’ in the service of geo-political objectives.”[1]

Kissinger’s description of a divisive political environment in the Middle East is equally applicable to other regions of the modern world. It is more than a little frightening that Vladimir Putin seeks to galvanize the Orthodox Church in his efforts to mobilize the Russian people behind his geo-strategic agenda.

Today, as in the first half of the 17th Century, some nations and non-state actors are seeking to use instruments of political and economic coercion and even direct military force in ways that exploit weaknesses or gaps in the existing international system. What military and political analysts refer to as asymmetric, hybrid or gray zone warfare is not particularly new. It is merely pre-Westphalian. But this is why it is so dangerous. The type of aggression practiced by Russia, China, North Korea and Iran strikes at the heart of the political and legal order that arose as a result of the Treaty of Westphalia.

It may well be that future historians will mark 2016 as the polar opposite of 1648: the year that the modern international order began to collapse. Russian efforts to destabilize Ukraine in order to prevent it from beginning the process of membership in the European Union probably marked the end of the effort to create a Europe whole and free. Britain’s vote to exit the European Union now starts the process of disintegration. Yes, there are still 27 nations in the European Union and Britain will still be closely connected to the rest of the Continent. But yesterday’s vote was in many ways a clear, even visceral, statement that the international system is failing.