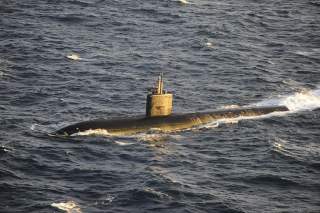 Keeping the country safe is the first duty of government and should be the constant concern of those with responsibility for our well-being.

But I worry that a decade or so hence, maybe sooner, Australia might face a security crisis in our region and find that governments of yesterday and today had left their successors with inadequate means to deal with it.

Government’s job is to plan for the worst as well as to work for the best. We will be judged by history as well as by our contemporaries and, at least where national defence is concerned, we have to think and prepare for the very long term indeed.

Defence capabilities can’t be summoned up overnight, as Australia discovered in 1942 when we had to send Wirraways against Zeros—before Spitfires and Mustangs could be brought into theatre.

That’s why it’s good that the Turnbull government is seeing through the process that my government put in train to select the next submarine for the Royal Australian Navy. After years of procrastination, we desperately needed a government that didn’t shirk decisions about what our navy needs to safeguard national security.

I fear, though, that the right outcome from the submarine competitive evaluation process was not to pick the best of the three bids but to reassess what we were asking for. As things stand, if all goes well, the first of the new subs will take seven years to design, seven years to build and perhaps two further years to bring into service.

If everything goes to plan (and it very rarely does in naval procurement) the absolute soonest we could get the first of our new subs is the early-2030s—to replace the Collins class subs that were originally supposed to start leaving service in the mid-2020s.

The Collins Class was designed in the 1980s, built in the 1990s, and then extensively modified and rebuilt in the noughties so that what was a very-good-sub-on-its-day could much more reliably take to sea.

As things stand, the Collins will need to be upgraded and modernised again while we plan for its replacement. The whole point of the next submarine acquisition was to avoid the problems of the Collins—to find the submarine that could be brought swiftly into service with the least possible modifications—but what we have done so far risks an exact repetition.

We’ve based our proposed sub on an existing design but one that will need to be so extensively reworked that it’s effectively a brand new submarine and our intention is to build it entirely in Australia.

Although surface ships can be cost-effectively produced here on a continuous build basis, the primary object of defence procurement has to be the most effective armed forces—not domestic job creation.

We don’t build our jet fighters here, for instance, (although we do build parts for them) so why insist on a local build especially if there’s a big cost penalty?

A unique Australian boat is precisely what we wanted to avoid; but it’s exactly what we now face because of our insistence on a submarine that as well as being large, and long-range, was also conventionally powered.

The competitive evaluation process conclusively showed that there’s no such thing currently in existence. All the submarines on which the bids were based are excellent for their countries’ needs—but none, it seems, for ours.

Instead of taking a small Swedish submarine designed for the Baltic and seeking to double its size and range to make it suitable for the Pacific—as with the Collins—this time we’re proposing to take a French nuclear submarine and completely redesign it to work with conventional propulsion.

The resulting sub will have less power, less range, less speed and less capability than the existing submarine on which it’s based and it will come into service about a decade later than would be optimal at a time when strategic circumstances are changing against us.

Hence the basic question: why should we spend years designing a sub that’s inferior to one we could potentially have now?

It’s worth noting that Australia has not made a formal decision against acquiring nuclear-powered submarines; so much as studiously avoided even asking the question. But now that the competitive evaluation process has established that there’s no conventional submarine to be had any time soon, this is a debate we should no longer avoid, especially as the strategic balance is shifting even faster now than last year’s defence white paper anticipated.

I’m not saying that we must go nuclear but surely we should at least consider the option before the opportunity is lost for another several decades.

The French-based design is hardly begun, let alone finalised. No contract to build has been signed and won’t be for years. This is because it’s a completely new sub—inspired by, rather based on the existing nuclear model—that needs to be designed from scratch rather than simply modified to take a different engine.

So there is still a chance for further thought on this; there may even be a duty to consider Plan B should the design process be further delayed or should regional tensions show little sign of abating.

In other words, the regional submarine competition is vastly more challenging than it was when we last made a decision to go with a conventionally-powered submarine back in the 1980s.

Within the defence community, it’s sometimes said that our conventional subs complement the US’ capabilities because their ability to switch off their diesels and run on battery alone allows them to carry out closer undetected surveillance.

This is an important niche role but not a submarine’s main one: to inflict massive damage on an enemy’s ability to wage war. I stress: I do not want to interrupt the process of acquiring new submarines given that it had languished for so long.

The design process with DCNS should continue and so should the build if that remains our fully considered assessment of what’s best. But parallel with that, we should rethink what we want our subs to do, and what they might be up against in a changing threat environment, and explore nuclear powered options while our committed costs are only in the hundreds of millions.

In an increasingly uncertain and competitive strategic environment, can we afford to lack a more robust, sovereign (or semi-sovereign) capacity to deter and resist a sophisticated adversary; and it might be very hard to do that without subs that can range far and fast throughout our region.

Conventional subs need to surface frequently to recharge their batteries, need to refuel every 70 days, and can only briefly maintain a top speed of about 20 knots. Nuclear powered submarines, on the other hand, can stay submerged as long as the crew can endure, never have to refuel, and can travel at nearly 40 knots.

In the Abbott government’s discussions about getting the best possible submarine for Australia as quickly as possible, we more or less assumed that our (currently limited) nuclear engineering capacity precluded that option.

Creating a nuclear industry to service subs here would take a decade, perhaps more, yet might turn out to be a lesser challenge than designing and building a new class of submarine almost from scratch.

Within the 15-plus years that it’s currently planned to take to get even the first of our new conventional subs into service, we could develop a nuclear servicing capability—and if we were to buy or lease a US submarine it could initially be supported at the American bases in Guam and Hawaii.

In the 1960s, we relatively swiftly developed a civilian nuclear capacity, mainly for medicine, centred on the Lucas Heights facility in Sydney; so it can be done if the will is there.

Not more robustly challenging the nuclear no-go mindset is probably the biggest regret I have from my time as PM.

The first question would be whether the US could provide us with their nuclear powered subs. The US already provides Australia with its most advanced aircraft and tanks and its most sophisticated submarine torpedo weapons system.

The US has previously provided Britain with its most sensitive nuclear submarine technology.

There are said to be safety concerns about a country newly operating nuclear powered subs, but these could be allayed by seconding personnel from more experienced navies.

And a much more capable Australian submarine fleet—strong enough to be a game changer in any regional maritime conflict—would certainly help to address US concerns about countries ‘free-riding’ on the alliance.