Toilet or the iPhone: Which Is More Important For Civilization? 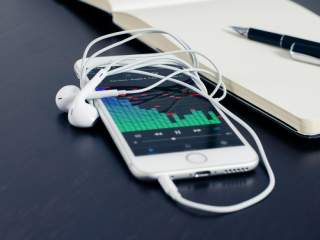 Following the stunning success of Thomas Piketty's door-stop book Capital in the Twenty-first Century, Robert Gordon has consolidated his recent writings into a 600-page tome: The Rise and Fall of American Growth, that argues America's 150-year run of rapid economic advance is over. If Piketty worried about the rich getting all the benefits of growth, Gordon argues that the growth we have all become accustomed to will largely disappear. No longer will it be true that each American generation will have double the income of their parents.

This dramatic change reflects an economy facing a number of what Gordon likes to call “headwinds,” of which slower technological progress is the most interesting part of Gordon's story. He argues the application of technology provided dramatic improvements in living standards between 1870 and 1970 but now the low-hanging fruit have all been picked.

The sheer heft of Gordon's book does bring to mind the comment, attributed variously to King George III or Henry, Duke of Gloucester, made upon receiving a volume of The History of the Decline and Fall of the Roman Empire: “Another damned fat book, Mr. Gibbon? Scribble, scribble, scribble, eh Mr. Gibbon?” If 600 pages provide more than you want to know, an 18 minute TED talk gives the essence of Gordon's argument.

The case he makes is a powerful one. It holds the IT revolution has been less important than the five great advances of the pre-1970 century: electricity, the internal combustion engine, chemicals and pharmaceuticals, urban sewerage, and modern communications. He illustrates this by contrasting the toilet with the iPhone. If society was forced to choose between these two inventions, which has been more life-changing?

Of course there are counter-arguments: some would make the case the IT revolution is far from over; others might contend medicine is making stunning breakthroughs, with much further potential; and there are plenty who think the artificial intelligence (AI) revolution has a long way to go, for good or evil. Others hope that virtual reality and cars that drive themselves will change our lives. Paul Krugman has a good review of Gordon here.

Gordon is not, of course, the first economist to focus on slow growth. Proponents of the dismal science have been worried about the 'stationary state' ever since Malthus. The big difference is that a stationary state in today's America would be more pleasant than Malthus' subsistence-level wage. Nor is Gordon the first to doubt the transformational nature of the IT revolution. In 1987 Robert Solow famously said: “You can see the computer age everywhere but in the productivity statistics.” Paul Krugman published The Age of Diminished Expectations more than twenty years ago.

Let's not be too glum. Maybe it is time for those of us in the mature economies to accept that we are already producing enough things and switch focus onto correcting income distribution (one of Gordon's 'headwinds'), making sure everyone gets a good education (another 'headwind') and putting less strain on nature and the climate. But the adaptation to diminished expectations will not be easy, especially at the political level. There are some big implications for foreign relations as well.

In any case, this discussion is America-centred (as Gordon's title makes clear). Rather than be downcast by the prospect of slower growth in the mature economies, we should take Gordon's fascinating account of the power of transformational technology as a reminder of the enormous potential which the poor and emerging economies have to lift their living standards through convergence. This would be accomplished by applying well-tested existing technology which is not yet being used in these poorer countries. We can all agree that piped water, flushing toilets and electricity were fundamental to lifting us out of pre-1900 poverty. But much of the world still doesn't have these. Almost half the Indian population has no toilet at home, and maybe not at school either. In Indonesia, only 20 percent of the population has piped water (and only the brave would drink it without treatment). Only 1 percent have sewerage. Indonesia's per capita electricity consumption is just over 5 percent of America's.

Much of the rest of the world faces a different (and more rewarding) challenge; how to put in place technological advances which have been ubiquitous in industrial countries for a couple of generations. There is a huge literature on why this technological potential has not yet been harnessed. The pessimists on this debate (the nay-sayers of the 'middle-income trap' being the current vogue) ought to read Gordon's book and then tell us what stands in the way of this technology being applied widely over the next decade or two.

Stephen Grenville is a Visiting Fellow at the Lowy Institute for International Policy and works as a consultant on financial sector issues in East Asia. Between 1982 and 2001 he worked at the Reserve Bank of Australia, for the last five years as Deputy Governor and Board member. This article first appeared in the Interpreter.