Torpedoes Away: We Spoke to One of the Last Surviving Veterans of the Battle of Midway 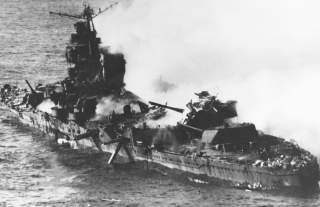 Last week, I had the opportunity speak to 92-year-old retired U.S. Navy Chief Petty Officer Hank Kudzik when he was visiting Washington D.C. to commemorate the 75th anniversary of the Battle of Midway. Having served onboard USS Nautilus (SS-168)— a Narwhal-class submarine—for eight tours, Kudzik is one of the few surviving veterans of that pivotal battle against the Empire of Japan.

Inspired to take up arms after the Japanese attack on Pearl Harbor on Dec. 7, 1941, Kudzik described enlisting in the U.S. Navy at the age of 16 two days after Christmas 1941 (Dec. 27) despite being underage. As fate would have it, Kudzik ended up in Pearl Harbor on a work detail at Pearl Harbor.

“My first assignment was to help take the dead sailors off the battleship Oklahoma,” Kudzik said.

Kudzik eventually asked for a transfer to submarine duty after a torpedo exploded 20ft away from where he was working onboard an aircraft carrier. The submarine Kudzik was assigned to was an old Narwhal-class vessel—originally designated as the V-class—called Nautilus that was built almost 12 years before the start of the war in 1930. Though obsolete and having some serious design flaws that made her slow to dive, hard to maneuver and easy to detect, Nautilus would amass an enviable wartime record.

Nautilus’ first wartime patrol took her to the pivotal Battle of Midway—which many regard as the turning point of the war in the Pacific. A force of three U.S. Navy carriers, their escorts and land-based American forces held off a massive Japanese invasion force that included no less than four aircraft carriers and two battleships. In end, the United States prevailed due to the valiant efforts of its soldiers, sailors and marines. All four Japanese carriers were sunk along with one heavy cruiser and 248 aircraft destroyed for the loss of USS Yorktown (CV-5), one destroyer and about 150 aircraft destroyed.

Nautilus played a significant part in the battle—engaging the Imperial Japanese Navy battleship Kirishima and the carrier Sōryū—though historians now believe that it was probably actually Kaga.  Nautilus’ attack on Kirishima did not produce an immediate result—one torpedo misfired while the other missed. Later, Nautilus launched three torpedoes at Kaga from less than 3,000 yards (2,700 m). Two of the Mark XIV torpedoes went off target while the third hit the carrier.

Sources dispute if the third torpedo hit the carrier—or was a dud—or how much damage it did if it actually had hit the target. The U.S. Navy credits dive-bombers from the carriers USS Enterprise and Yorktown with kills on three of the four Japanese carriers—Akagi, Kaga, and Soryu with “an assist from submarine USS Nautilus (SS 168)”. Hiryu—the fourth Japanese carrier was sunk the following day. Nonetheless, Kudzik is adamant that Nautilus was responsible for sinking Soryu (Kaga).

In any case, Nautilus did play a pivotal role in the Battle of Midway. Ironically, Nautilus’ failed attack on Kirishima was pivotal to Lt. Commander Wade McClusky from VB-6 onboard Enterprise spotting the Japanese fleet. McClusky spotted the Japanese destroyer Arashi as she tried to rejoin the rest of her task force after counterattacking against Nautilus’ attack on Kirishima. That act gave away the position of the Japanese–allowing the American carrier air power to destroy the enemy fleet. Thus, in the end, even though Nautilus might not have directly sunk Soryu, her action led to an American victory at Midway.