A Tragedy in the Making? North Korea Is Not a US Priority 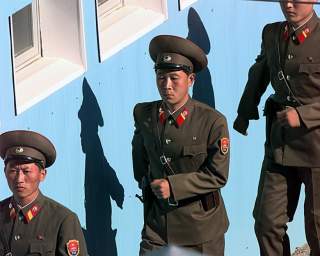 On January 2 the US announced additional bilateral sanctions against North Korea, adding embargoes on three entities and 10 individuals. The  stated reason was the alleged North Korean cyber attacks on Sony IT infrastructure late last year.

In so doing, the US reinforced a trend in its policy toward the peninsula. As the Obama Administration is trying to isolate the regime, contain North Korea's nuclear program and halt its financial transactions, dialogue and negotiations have categorically been put on the back burner.

Washington's latest move was clearly targeted at institutions and individuals linked to arms proliferation, including North Korea's central intelligence organization (the Reconnaissance General Bureau), as well as two trading companies. The move adds to a UN General Assembly resolution in November condemning North Korea's crimes against humanity and opening the way for a referral to the International Criminal Court, thereby further marginalizing the regime.

The signal is clear: North Korea policy is not on the US priority list. The US Government refrains from any kind of dialogue with the DPRK and opposes any resumption of negotiations, no matter how Pyongyang conducts itself. At the same time it seeks to limit Pyongyang's scope of action.

The rationale of this approach is rooted in domestic considerations inside the US rather than based on an elaborate strategy. Advocates of the so-called “collapse theory” are strong position among senior advisers and continue to influence policy-making—often in contradiction to the State Department's preferences. Instead of engagement and negotiations, the idea is to topple the regime by sanctioning the increasingly demanding urban elite and functionaries, thereby stirring discontent.

Due to the supervisory powers of Congress and its ability to flex its political muscle against any engagement with North Korea, the State Department is unwilling to risk political disagreements on issues of low priority. Regardless of whether this is an excuse for inaction or a real political bottleneck, neither formal nor informal talks on the level of the Special Representative (or subnegotiators) have been possible, let alone a return to the negotiating table.

The US Government's sole focus on sanctions may narrow its own scope for action. The cases of Iran and North Korea both show that it has been easier to implement new sanctions than to lift them. The reason: embargoes are de facto laws that cannot be lifted without the backing of the US Congress. Getting Congress to do anything that favours Pyongyang is an uphill battle.

Meanwhile, the gap between expected sanction outcomes and unintended (positive and negative) side effects is growing.

In Pyongyang, US sanctions have not been perceived as a disciplinary measure but as a hostile act. The North still considers the US as party to its long running conflict with the South, and thus a wartime enemy. By that logic, the sanctions are seen as targeted at the North's strategic capabilities and ultimately toward regime change. US sanctions have thus strengthened military hardliners in Pyongyang's delicate power structures and impeded fragile moves toward opening up the country's economy.

The North has increasingly diversified its foreign and trade relations. This has been particularly evident since China reset its priorities and no longer unconditionally supports North Korea's economic and energy needs. Pyongyang has since reached out to other partners. While Russia will increasingly be a partner for energy supplies, diplomats have stepped up contacts in Southeast Asia and Europe, and even reached out to the EU. An additional driver of this process is the willingness under Kim Jong-un's regency to gradually open up economically.

Due to the US reluctance to return to the negotiating table, the North is forced to concentrate its efforts on engagement with the South. This might strengthen President Park Geun-hye's engagement policy and bring cooperation and reunification higher onto the agenda. Leaving negotiations to the two Koreas might be a desirable outcome. Nevertheless, in terms of conflict settlement, and in order to guarantee long-term success, the US will eventually have to return to the negotiating table.

Bernt Berger is a Senior Research Fellow and the Head of Asia Program at ISDP. He has two decades of work and study experience in China and broader Asia, focusing on issues in foreign and security policy, political development and regional security. This piece first appeared in the Lowy Interpreter here.