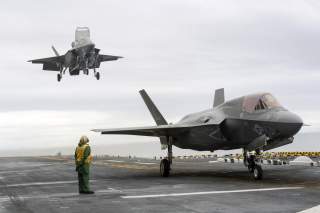 Having demonstrated its ability to successfully spin the news during the recent presidential campaign, the mainstream media continues to look for ways of negatively slanting stories about the Trump transition. Their latest effort to create rather than report the news has to do with how the incoming administration will deal with Russia. Suddenly, Russia is not just a competitor or, as the Pentagon calls it, a challenge, but an enemy. Anything the President-elect says about Russia or Vladimir Putin is a sign of his willingness to capitulate.  Anyone with ties to Russia, which is just about the entire U.S. foreign policy establishment by the way, is suspect. Major media outlets are sounding like William Randolph Hearst who is said to have told one of his reporters in Cuba regarding Spanish atrocities on the island, “You provide the pictures and I’ll provide the war.”

This is the same media that hasn’t stopped hyperventilating over the mean things President-elect Trump has tweeted about China’s violation of World Trade Organization rules or international law.  Let me see if I understand the rules for reporting on the new administration; Saying anything nice or even neutral about Russia and Vladimir Putin is bad and saying anything not nice about China is bad.

This behavior is understandable for the New York Times and Washington Post, but it is a bit disconcerting when notable national security sources do the same thing. The latest venture into the construction of “fake news” is the reaction to a leaked memo from acting Under Secretary of Defense for Policy Brian McKeon to his staff reporting on the interactions he had with the defense transition team. The memo explained that the goal of the Department of Defense (DoD) transition team was to acquire an understanding of the department’s structure, budget, priorities, challenges and risks. The memo went on to say that the transition team identified four defense priorities for the new President: developing a strategy to defeat/destroy ISIL; building a strong defense to include eliminating the caps on defense spending imposed by the Budget Control Act and improving the strength, size and readiness of the force; developing a comprehensive cyber strategy for the entire U.S. Government (the new administration might want to add the Democratic National Committee to this list), and; finding ways of making defense more efficient. McKeon states in his memo that the DoD policy shop had provided briefings on ISIL, North Korea and China and more were scheduled.

What was the essential take-away from the memo, according to press reports? Russia wasn’t mentioned as a Trump defense priority. The media would have us believe that this is significant. One outlet sought to make its own news by implying that there was something wrong with Russia not being on the list because the Pentagon leadership says that Moscow is this country’s number one enemy. The last time we saw this kind of yellow journalism was about a century ago and it led to the Spanish-American War.

The President-elect’s defense priorities seem eminently reasonable to me. On day one, the new administration will be at war with ISIL/Islamic jihadist terrorism. The new team ought to be prepared for this.

Close behind defeating ISIL must be the priority of rebuilding a military that has been savaged by years of budget cuts, an excessively high operational tempo and policies emanating from the White House that limited their operational and tactical flexibility. The outgoing Secretary of Defense has repeatedly stated that this country is in serious danger of losing its military technical edge over adversaries big and small as a result of inadequate modernization budgets. The U.S. Air Force and Navy are smaller than at any time since before the start of World War II. The U.S. military today is incapable of executing the Defense Strategy. The Chief of Staff of the Air Force testified before Congress that his service currently is capable of addressing only a single regional contingency, not the required two. The Chief of Staff of the Army reported that only 13 of his brigade combat teams are fully ready for war.  The Army has so little money for modernization that it can only afford to upgrade the lethality of its Stryker Brigades at a rate of one every three years.

The truth is that this country and its major allies are not ready to go eyeball-to-eyeball with Russia.  After the Cold War, Europe declared itself to be a zone of peace. Everyone disarmed as fast as they could. The United States, which once had some 300,000 military personnel deployed in Europe, including two full Army Corps, now has to rely on a couple of forward deployed brigades and a single rotational armored brigade. Most NATO countries do not spend the required two percent of GDP on defense; Germany is one of the worst at barely one percent. NATO has decided to put four battalions into Eastern Europe, about 3,000 men. There they will face 100,000 or more Russian troops who can operate under a high-tech air defense umbrella with superior artillery, missiles and electronic warfare systems. The U.S. military must be rebuilt if it is going to be able to deter or, if necessary, fight Russia.

Is there anyone, even a diehard Democrat, that won’t get behind the idea of building a comprehensive cyber strategy for the U.S. government?  Unfortunately, that is only a partial answer to the problem. Even if such a strategy can be created, what should be done about state and local government networks and, most important, the great bulk of critical infrastructure which resides in private hands? More important, the government needs policies and authorities that will allow it to respond effectively and rapidly to cyber attacks. It is not enough for the U.S. President to tell Vladimir Putin to “cut it out.” Cyber defense will never be good enough to prevent persistent, state-based entities from trying to get into critical public and private networks. Cyber deterrence must rest on the demonstrated capability to cause a would-be hacker more pain than the gain is worth. By the way, how much pain does Russia deserve for outing John Podesta or Donna Brazile?

Finally, it is no wonder that the Trump team wants to explore ways of making the defense enterprise more efficient. The trouble is, in its zeal to prevent fraud and abuse, successive administrations and Congresses have created enormous waste by imposing on defense acquisition an insurmountable burden of regulations, standards, reporting requirements and testing regimes. As my colleague, Loren Thompson, wrote recently, some 30 percent of the cost of the F-35 Joint Strike Fighter is due to the regulatory burdens placed on the Lockheed Martin led industry team. If the President-elect will provide the defense industry with the same regulatory relief he has promised to other sectors of the economy, defense acquisition will become more efficient.

Instead of trying to make news and stoke the fires of confrontation, perhaps the media could restrict itself to reportage and well-reasoned analysis. That is, if it remembers how to do these things.