Trump Should Cut Pentagon Waste and Craft a New Strategy 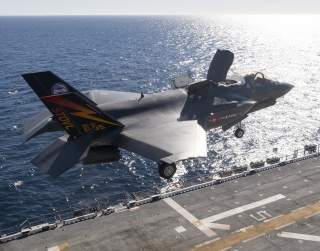 Over the past month, president-elect Donald Trump has repeatedly spoken out against Pentagon waste, in what one analyst has described as “taking down the military-industrial complex, one tweet at a time.”

The assault began on December 6 when Trump tweeted that “Boeing Is Building a Brand New 747 for future presidents, but costs are out of control, more than $4 billion. Cancel the order!”  Trump’s tweet may seem premature – so far Boeing has “only” received $170 million for initial development of the plane.  But Trump’s assertion is roughly in line with preliminary estimates of what it could ultimately cost to build two of the aircraft, and his tweet put Boeing on notice that he plans to keep an eye on the costs of the system going forward.  The following week, Trump took to twitter to denounce the costs of Lockheed Martin’s F-35 combat aircraft, which at $1.4 trillion to build and operate over its lifetime is the most expensive weapons program ever undertaken by the Pentagon: “The F-35 program and cost is out of control.  Billions of dollars can and will be saved on military (and other) programs after January 20th.”

Trump also expressed concern about the Pentagon’s bloated bureaucracy when he approvingly posted a link to a Washington Post article entitled “Pentagon Buries Evidence of $125 Billion in Pentagon Waste.” Some experts have questioned the methodology of the Defense Business Board study cited in the Post article, but the underlying point remains – the Department of Defense has a top heavy back office that could be cut by tens of billions of dollars if duplication of personnel and wasteful business practices were eliminated.  A particularly ripe target for reform is the department’s shadow work force of over 600,000 service contractors. Many of them do jobs that could be done more cheaply by government employees.

Trump’s tweet storm isn’t the first time he has spoken out about waste at the Pentagon. During the campaign Trump committed himself to  “conducting a full audit of the Pentagon,” a longstanding demand of fiscal conservatives, government watchdog groups, and members of Congress from both parties.

The question now is whether Trump will take action to move from critical tweets to real policy reforms.  Advocates of more disciplined Pentagon spending have taken heart at Trump’s choice of South Carolina Representative Mick Mulvaney, a budget hawk who has supported caps on Pentagon spending and sponsored amendments to strip non-war-related items from the war budget, to run the White House Office of Management and Budget.

The real test of his commitment to cutting wasteful and unnecessary spending will come once Trump takes office.  Will cut back programs like the F-35 combat aircraft and the Littoral Combat Ship that have been plagued with cost and performance problems and aren’t ready for prime time? Will he appoint a strong watchdog free of ties to the weapons industry to run the Pentagon’s independent testing office?  Will he demand an accurate count of the number of contractors working for the Department of Defense as a prelude to reducing their numbers? What concrete steps will he take to force the Pentagon to move full speed ahead on getting its books in order?

Hopefully Trump will do everything in his power to ferret out and reduce Pentagon waste.  But there is another possibility – a huge buildup accompanied by a commitment to cost cutting that is more rhetorical than real.  On the campaign trail, Trump promised to lift the current caps on Pentagon spending; add tens of thousands of troops to the Army and Marines; move rapidly towards a 350-ship Navy; increase the size of the Air Force; double down on the Pentagon’s $1 trillion, three decade plan to purchase and deploy a new generation of nuclear-armed bombers, submarines, and missiles; and pump up spending for missile defense.  Trump’s proposals track closely with a long-term spending plan put forward by the Heritage Foundation, which could increase Pentagon spending by up to $1 trillion beyond current projections over the next ten years. He has said that he will offset these new expenditures by cutting waste, but even by the most optimistic estimates there is nowhere near enough waste in the system to counterbalance a $1 trillion buildup.

In a worst-case scenario, President Trump would make the occasional rhetorical attack on excess Pentagon spending as a way to distract attention from his massive proposed buildup.  Doing so would be bad for taxpayers and bad for our security.  Spending more on defense won’t make us safer.  It will take a carefully focused strategy backed up by well-trained forces armed appropriately for the most likely challenges we face to accomplish that goal.

The Cato Institute has put forward a plan that would provide a robust defense of core U.S. interests at $1 trillion less than current plans over the next decade.  The Cato plan involves a policy of restraint that would truly use military intervention as a tool of last resort and end the policy of maintaining a constant, substantial military presence in every corner of the globe. Cato’s approach would rely more heavily on the Navy as a “surge force” that could deploy as needed, adequately fund the Air Force, and scale back the Army and Marines.  It would end the F-35 program in favor of upgraded F-18s, and cancel troubled, unworkable programs like the Littoral Combat Ship (LCS).  The Cato approach would also reduce the nuclear arsenal, relying on nuclear-armed submarines for deterrence while eliminating the redundant bomber and land-based missile legs of the nuclear triad. Even if one doesn’t agree with every aspect of this approach, it is clear that a policy of restraint that eliminates unnecessary missions and focuses on real security challenges could provide a superior defense at a substantially lower cost.

While a concerted attack on Pentagon waste is long overdue, the real savings on defense will come from adopting a more realistic strategy that allows reductions in force structure.  This is consistent with some aspects of Donald Trump’s positions on national security, such as his stated opposition to regime change and nation building and his demand that allies spend more on their own defense.  If President Trump really wants a more efficient approach to Pentagon spending, he should recast U.S defense strategy and rethink current weapons procurement plans at the same time that he tackles waste, fraud and abuse.