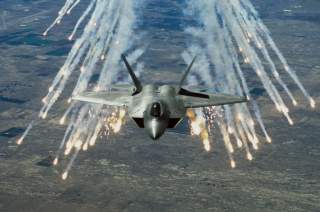 The U.S. Air Force flies the most modern combat aircraft and the oldest trainers of any major air force on Earth. In a world in which the difference between winning and losing in combat is most often a matter of the quality of military personnel and their training, the lack of a modern jet trainer is unacceptable. The average age of the Air Force’s primary jet trainer, the venerable T-38 Talon, is 42 years. Reliance on essentially an obsolete aircraft creates a maintenance nightmare, risks a catastrophic fleet failure that would halt all jet pilot training and creates a potential skills gap as new pilots move to highly sophisticated aircraft such as the F-22 and F-35.

Even though the Air Force is all about technology and airplanes, trainer aircraft have a tendency to fall to the bottom of the priority list. When defense budgets are flush, this is usually because there are external demands that focus attention on maintaining high readiness and a large force of combat-coded aircraft. When defense budgets are lean, attention goes to protecting the major modernization programs for combat systems.  Now the Air Force is looking at a “Perfect Storm” problem of high operational tempo, tight procurement budgets and multiple major acquisition programs going into production in the next decade.  Somehow it is never the right time for a new jet trainer.

Planning for this procurement, including development of requirements, consultations with industry and analysis of alternatives, began in 2003. The Air Force repeatedly slipped the expected time for pursuing a contract for a T-38 replacement to the right. A formal T-X statement of requirements wasn’t released until March 2015. Unfortunately, the Air Force has announced that it will delay releasing the formal request for proposals (RFP) until the end of 2016 with initial operational capability for the T-X not expected until 2024.

A major reason for the delay has been the inability of the Air Force to settle on the critical performance requirements for the T-X. Initially, the idea was to demand that the T-X be a non-developmental item. But as additional requirements emerged, several potential competitors decided that only a clean sheet design, even with its potentially higher costs and greater risks, made sense. Most recently, the Air Force has begun to suggest that this new trainer might also serve as the basis for an A-10 replacement.

As any observer of the defense acquisition system knows, there are real dangers associated with unstable and ever increasing requirements. Costs go up, development times lengthen, risk increases and testing takes longer. The tendency with these one-every-half-century acquisition programs is to load them down with the requirement to respond to everything that might possibly be needed over the next 50 years. Such an approach is guaranteed to fail in the future as it has so often in the past.

Fortunately, the Air Force looks to have a rich menu of candidate platforms from which to choose. In fact, the number of teams in the hunt for the T-X and the variety of their offerings belies warnings made by analysts and outside experts over the past few years that this sector was in decline.

There are at least four likely offerings for the T-X. Raytheon has teamed with Leonardo (formerly Finmeccanica) to provide an enhanced variant of the latter’s popular Alenia Aermacchi M-346 advanced jet trainer. Lockheed Martin is teamed with Korea Aerospace Industries to provide a version of the T-50, produced as an advanced trainer for the South Korean Air Force. Northrop Grumman had originally thought to provide an upgraded version of the BAE Systems Hawk T2 but since the initial discussions with the Air Force regarding high end requirements, both it and the fourth team, Boeing/SAAB, have indicated that they will compete but with clear sheet designs that have not yet been revealed. A fifth potential competitor, Textron and its teammate, AirLand, had intended to offer their Scorpion light attack jet, but apparently decided to withdraw when the Air Force levied additional requirements on the program. This may be the canary in the coal mine, indicating that the Air Force is overreaching with its requirements for T-X.

There is a window, albeit a narrow one, for the Air Force to acquire a new jet trainer before the bow wave of major acquisition programs – F-35,  KC-46, B-21, advanced munitions, ICBM recap – hits procurement budgets. But this would require releasing an RFP and making an award in the most expeditious fashion.  Any further delays in this important, even vital, modernization program could get submerged in the anticipated budgetary battles to protect major acquisition programs for critical combat capabilities. But this means that the Air Force has to temper its lust for additional requirements as well as manage its laborious process for developing bulletproof RFPs.