US Military's Third Offset Strategy: A Silver Bullet or Simply a Bad Idea? 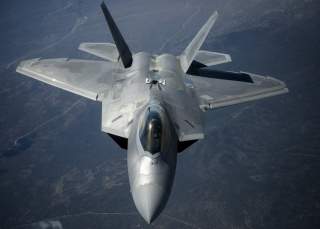 As a long term critic of the ‘silver bullet’ approach to military capability development, Gareth Robinson’s recent piece on the Third Offset Strategy got me thinking. Given the wealth of technical capability and capacity within American industry and academia, leveraging technology to stay ahead of the pack sounds a reasonable enough proposition. But I’m not at all convinced that it’s a winning approach.

Let’s look at the previous two offset strategies. Both were a product of different times and, for different reasons, neither looks particularly applicable today. The First Offset was the development of the New Look nuclear deterrence strategy (PDF) in the early Cold War days as a counter to the massive conventional forces of the Soviet Union. Despite qualitative superiority, US-led forces could only fight the numerically superior North Koreans and Chinese to a bitter draw in Korea. Soviet forces were an even more daunting prospect, so an asymmetric approach made sense.

The First Offset strategy was arguably successful (though one trial doesn’t produce statistics). But the asymmetric advantage was short lived as the Soviet Union built its own nuclear arsenal, blunting much of the desired deterrent capability in the conventional domain (PDF, p79). Looking at potential major US adversaries today, both China and (especially) Russia have credible second strike nuclear capability, so a similar dynamic applies.

The Second Offset was a consequence of the lessening relevance of the first. By the 1970s the huge Soviet nuclear arsenal had blunted any American nuclear advantage, and another unhappy experience of Asian land warfare showed that American warfighting capability was under serious challenge. The Reagan period saw new technologies developed to put American forces back at the forefront of global capabilities. Those efforts produced stealth and precision guided weapons, including the enabling technology of GPS. The results were on display for the world to see in the 1991 Gulf War, when high technology weapons soundly defeated Iraq’s forces with little cost to the coalition forces. The only caveat to this success is that the Gulf War didn’t pit the Second Offset against the numerical strength of the Soviet Union, so we’ll never know the extent to which it could compensate for a significant difference in numbers.

Only now are competitors really catching up with the Second Offset. China and Russia have both flown prototype stealth fighters. They won’t match the American F-22 and F-35, but they’re likely to overmatch previous generation western aircraft. Precision guided weapons are now relatively commonplace, and several countries have their own GPS satellite systems. In response, the Third Offset is intended to once again vault the United States well ahead of the pack and to recreate the capability difference that came as a shock to the Chinese and Russian militaries in the 1990s.

But it’s worth remembering what was going on in the 1980s. The Soviet Union was in the process of falling over due to inherent structural weaknesses in its economic system. China was yet to begin the remarkable transformation wrought by a quarter century of consistently high economic growth. To a large extent, the US had the field to itself. Today the picture’s very different. Russia still has economic problems, but its military is stronger than it has been for the past couple of decades, and it’s defense spend is the fourth largest in the world.

China’s the world’s second biggest spender and, largely because of what it saw on display from American forces in Kuwait and Iraq, has been moving towards the ‘informationalization’ of its armed forces. It has described its approach in defense white papers as ‘the RMA with Chinese characteristics’. While still lagging the US in many areas, some Chinese systems, such as the DF-21 and -26 anti-shipping ballistic missiles, present a credible (if unproven) threat to American forces.

If we add to that the obviously sophisticated espionage capabilities that have apparently allowed China to obtain information about American systems like the F-35, B-2, nuclear weapons and radars, it’s difficult to see how another multi-decade advantage could be sustainable. In the history of warfare, that’s an unusual circumstance; technologies tend to spread rapidly and advantages tend to be ephemeral. For systems based on software and electronics, that’s likely to be even more the case—just think about how often commercial technologies are overtaken by new developments.

Waiting for a ‘once in a generation’ capability breakthrough isn’t likely to be a winning strategy. Agility, the rapid exploitation of new technologies and the clever application of low cost systems that can be built in large numbers (R2-D2s rather than Death Stars) looks like a better bet. The Strategic Capabilities Office within the American procurement system is doing that sort of work. It reportedly sees itself as ‘buying time’ for development of the Third Offset. I’m inclined to think it’ll replace it.