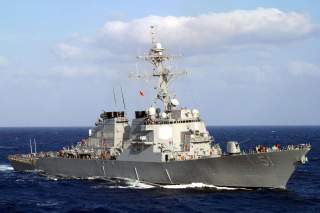 Raytheon engineers say Gallium Nitride is designed to be extremely efficient and use a powerful aperture in a smaller size to fit on a DDG 51 destroyer with reduced weight and reduced power consumption. Gallium Nitride has a much higher break down voltage so it is capable of much higher power densities, developers said.

The AN/SPY-6 is being engineered to be easily reparable with replaceable parts, fewer circuit boards and cheaper components than previous radars; the AMDR is also designed to rely heavily on software innovations, something which reduces the need for different spare parts. The Navy has finished much of the planned software builds for the AMDR system.