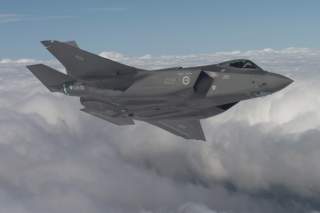 The Senate Armed Services Committee (SASC) is proposing to disband the F-35 Joint Program Office in its version of the 2017 National Defense Authorization Act (NDAA) once the Lockheed Martin-built aircraft reaches full-rate production in April 2019.

“Disbands F-35 Joint Program Office following the full rate production decision scheduled for April 2019 and devolves responsibilities to Departments of the Navy and the Air Force,” reads a U.S. Senate bill summary. “Despite aspirations for a joint aircraft, the F-35A, F-35B, and F-35C are essentially three distinct aircraft, with significantly different missions and capability requirements. Devolving this program to the services will help ensure the proper alignment of responsibility and accountability the F-35 program needs and has too often lacked.”

The move is a shot across the Pentagon’s bow. The Defense Department had hoped to continue developing upgrades for the nearly $400 billion program without the usual oversight that would normally be required for such a pricey effort. The bill “requires [the] F-35 Follow-on Modernization program, which is estimated to cost more than $8 billion for the first block upgrade, to be treated as a separate major defense acquisition program (MDAP),” the summary reads. “Given the Department of Defense’s poor track record on upgrade programs like this one, a separate program will enable rigorous oversight by the Congress to protect taxpayers.”

The Senate also torpedoed the U.S. Air Force’s efforts to retire the A-10 Warthog until the F-35 completes its operational test phase—something the service has vigorously resisted. “Extends the prohibition on retirement of the A-10 until F-35 Joint Strike Fighter initial operational testing (IOT&E) and evaluation is completed,” the summary reads. “The NDAA also ensures the F-35 IOT&E includes comparison testing and detailed assessment of A-10 and F-35A abilities to conduct close air support, combat search and rescue, and airborne forward air controller missions.”

However, Senate didn’t stop with the F-35. The Senate is requiring the Air Force to divulge the cost of the new Northrop Grumman B-21 Long Range Strike Bomber—just as SASC chairman Sen. John McCain (R-Ariz.) had promised. The Air Force has thus far refused to publicly state how much the new bomber will cost. “Requires disclosure of the engineering and manufacturing development total contract award value to congressional defense committees,” the summary reads.

Further the Senate bill reduces the amount authorized for the B-21 Long Range Strike Bomber by $302 million “due to a lower than expected contract award value.” And it also establishes “strict B-21 program baseline and cost control thresholds and requires quarterly program performance reports.”

The Pentagon will likely fight tooth and nail to prevent the Senate version of the bill from becoming law.