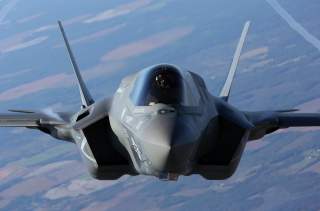 USNI News is reporting that the US Navy assault ship USS Wasp is expected to join the annual Foal Eagle joint military exercise with South Korea in early April.

But the Pentagon isn’t commenting on whether the USS Theodore Roosevelt carrier strike group, currently operating in the Indian Ocean, will also participate in the land, sea and air maneuvers.

The US has indicated that the drill, which is a sticking point with North Korea, will be held this year but on an apparently scaled-down basis due to planned summits between Pyongyang, Seoul and Washington in the next two months.

“It is not known whether the resumption of Foal Eagle will change the planning for a proposed late April summit between Moon Jae-in, president of South Korea, and Kim Jong-un, North Korea’s leader.

Also, a meeting between President Trump and Kim Jong-un is in the works,” USNI News reported. Trump and Kim are expected to meet at a still undisclosed location by late May.

South Korean news agency Yonhap previously reported that the Wasp and a squadron of F-35B Lighting II Joint Strike Fighters are expected to participate in the yearly exercise.

The F-35B is the maritime vertical landing and take-off version of the US F-35 stealth fighter.

The Foal Eagle and Key Resolve combined exercises were delayed earlier this year at the request of South Korea’s leadership in order not to disrupt North Korean participation during the Winter Olympic Games in PyeongChang.

The drill is now expected to start on April 1. The Pentagon says it will be “similar in size” to previous years.

This first appeared at AsiaTimes here.