This Video Shows How China Could Dominate the South China Sea 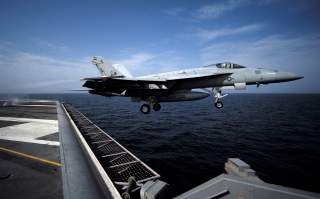 “Clearly the U.S. and China are in some sort of weird swarm race,” Paul Scharre of the Center for New American Security told the Financial Timeslast year in a broad overview of the trend.

That same article discussed the divide within the PLA over whether this tech — not as far-flung as it used to be — is worth the investment. “China, which is at the center of the commercial drone industry, has some advantages as the era of unmanned systems dawns,” the article’s authors Emily Feng and Charles Clover wrote.

That would be China’s large domestic consumer demand for drones, and the country’s large manufacturing base working together to spur development. Naturally, the Chinese government and military are tapping into it.