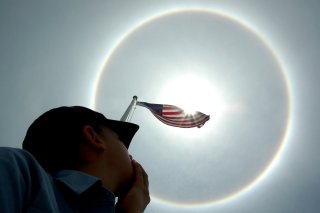 National Security Advisor Lt. Gen. H. R. McMaster and National Economic Council Director Gary Cohn offered a defense of President Trump’s “America First” foreign policy in a Wall Street Journal op-ed last week, and of how well it played during the president’s trip to the Middle East and Europe. For those of us holding out hope that some senior White House official may yet emerge as a spokesperson for American values of democracy, rule of law and human rights, the op-ed reinforced that the Trump administration’s foreign policy will not champion those foundational values.

McMaster and Cohn laid out three vital interests: A) the safety and security of U.S. citizens; B) American economic prosperity; and C) strong alliances and economically thriving partners. These are, of course, indisputable. What is remarkable, however, is that the entire opinion piece made no mention of the governing system that underpins U.S. domestic security and prosperity—nor did it convey any U.S. preference for the kind of political order that best promotes global peace and prosperity. In other words, by not including democratic principles as one of the pillars of American foreign policy, the administration is breaking with a century of both Republican and Democratic precedent.

There are a few plausible reasons for this avoidance. First, the administration might believe that the United States shouldn’t judge another country’s way of governing itself; besides, America’s democracy is always a work in progress. Despite an element of truth here, this approach is short-sighted and misguided. It surrenders one of America’s most powerful tools of influence: the moral and philosophical strength of our values. Defending freedom and rights around the world need not be an act of moralizing or an affront to sovereignty. Rather, it means lending our support to forces striving to advance democracy and the rule of law.

Second, the administration might view democracy promotion as futile. This thinking takes an extreme—and wrong—lesson from the U.S. experiences in Iraq and Afghanistan. It ignores the historic success of U.S. investments in democracy in post–World War II Germany and Japan, and more recently, in Eastern Europe, Colombia, Burma and elsewhere.

Or perhaps the administration would argue that standing up for American values in private is more effective than doing so publicly—that shaming has never been an effective coercive tool. Indeed, diplomacy at times requires discretion in the pressure that the United States puts on oppressive regimes. But this must be the exception, not the rule. Experienced U.S. leaders know that today they communicate as much to counterpart governments as to civil society and business. Moreover, the evidence thus far is that even in private talks with counterparts, President Trump fails to raise the most fundamental human-rights concerns. Speaking to Philippines president Rodrigo Duterte, who has spurred vigilante violence in a drug war that has killed thousands, President Trump commended him on a “great job.”

What are the costs of the White House continuing on this course of deemphasizing American values? For one, it emboldens authoritarian figures like Duterte, Egypt’s el-Sisi, Turkey’s Erdogan, Hungary’s Orban and others. Even as such rulers oppress liberal forces within, they seek international favor and prestige without. When the United States fails to speak against their brutality, the costs of that brutality diminish. And crucially, autocracies are far more likely than democracies to fuel terrorist groups, internal violence and inter-state conflict. Americans are thus safer when autocrats are deterred, not tolerated.

Inversely, the administration’s current course endangers activists and reformers abroad—the very forces whom it is in America’s long-term interests to strengthen. America’s failure to speak out weakens the hands of dedicated reformers who share its values, depriving both us and them of a valuable ally. It also erodes the normalization of democracy as the most desired form of government.

Finally, the administration’s silence on democracy and rights in fact works against the “vital interest” of strong alliances. In the wake of President Trump’s recent trip, our European allies were outraged that the president would heap public praise upon autocrats in the Middle East, while castigating his closest allies.

So there is an irony in the administration neglecting to articulate democratic values as one of the vital interests of an “America First” foreign policy: that neglect actually undermines U.S. security, prosperity and alliances. Democracies generally do not go to war against each other, and they make more prosperous and reliable trading partners.

In the current global context of rising authoritarianism and closing civic space, consistent, public omission of U.S. values equals public abandonment of U.S. values. The Trump administration is refusing to ensure that democratic principles imbue policy, like a man digging his heels into the ground. But the administration will find the ground beneath is quicksand, for it lacks the strength of American values to bind the grains together.

Kate Bateman is a visiting fellow at the Center for a New American Security and a Council on Foreign Relations International Affairs fellow.

Image: A sailor looks at an American flag. Pixabay