Is War Between China and India Possible? 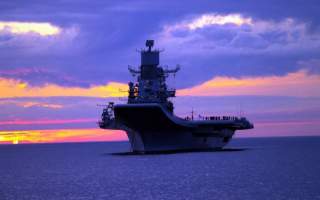 As I was researching and writing the latest Contingency Planning Memorandum for CFR’s Center for Preventive Action, “Armed Confrontation Between China and India,” one of my top priorities was to avoid overstating the probability of the contingency. Throughout most of my conversations with Indian, Chinese, and U.S. policy analysts, I found a striking consensus about the relative stability between these two giant Asian neighbors. This was reassuring, but also slightly surprising given the lingering suspicions and growing competition between New Delhi and Beijing.

Then I started reading a new book by Bharat Karnad, Why India Is Not a Great Power (Yet), and quickly observed that nearly all of the avenues by which I thought a China-India conflict might conceivably emerge (land border skirmish, Tibetan protests, India-Pakistan standoff, and maritime disputes) were also areas where Karnad believes India should pursue far more aggressive policies. The one exception is Pakistan, where Karnad suggests India should principally deploy economic incentives to overcome longstanding hostilities (an approach he recommends for all of India’s smaller neighbors).

Karnad, a professor of National Security Studies at the Centre for Policy Research in New Delhi, is unusually strident in his call for India to play an opportunistic power-balancing role in Asia without signing up to either Washington or Beijing’s agenda. He expects that India will never find the United States to be a reliable strategic partner and that China will inevitably represent India’s chief security threat. To chart its own path, India will need to play a more opportunistic and reckless game quite unlike anything we have seen in its history since independence.

Karnad’s prescriptions go well beyond garden variety calls for “nonalignment” or greater Indian “strategic autonomy.” He proposes that India needs to take provocative measures if it wants to be taken seriously on the world stage, and in particular, to “strategically discomfit” China. To these ends, he argues for steps such as mining the Himalayan passes between India and China with atomic demolition munitions, arming China’s neighbors like Vietnam not only with Brahmos cruise missiles but nuclear weapons, and actively bankrolling and assisting an armed uprising in Tibet. Each of these steps would undoubtedly make an armed India-China confrontation more likely and more dangerous.

Quite unlike Karnad, my Contingency Planning Memo assumes that the U.S.-India partnership holds significant strategic value to both sides. As a consequence, I argue that Washington should stand by New Delhi’s side in the unlikely event of an armed confrontation between India and China, even at the risk of heightened U.S. tensions with China. To be clear, however, I also assume that India will not unilaterally pursue the sorts of policies that Karnad advocates and I suggest that Washington’s interest in backing India should apply only to defensive security measures.

These competing perspectives are worth considering because India has important strategic choices to make as its material power grows. I suspect that if India becomes more confident in its partnership with the United States, it will be less likely to pursue risky foreign policy positions. Karnad’s India, on the other hand, with growing power and ambition but deeply insecure about its relations with Washington and convinced of the China threat, would be far more likely to emerge as a dangerous new wild card in the international system.

Daniel Markey is adjunct senior fellow for India, Pakistan, and South Asia at the Council on Foreign Relations, and Senior Research Professor and Academic Director of the Global Policy Program at the Johns Hopkins School of Advanced International Studies.