War with North Korea?: America Needs to Have a Serious Talk with Australia and New Zealand 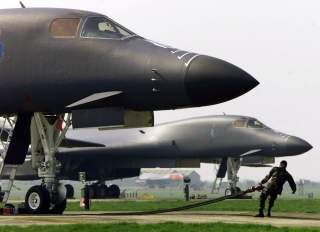 President Trump’s excitable rhetoric about US military options in relation to North Korea—‘fire and fury’, ‘locked and loaded’—has attracted considerable media attention in recent days. But look behind the rhetoric. Allied decision-makers are starting to get their heads around the North Korean problem. As they do so, their statements are becoming more deliberate. General McMaster has stated openly that ‘classical deterrence’ is unlikely to work against North Korea. That’s a big judgement.

Meanwhile, Secretary of State Tillerson has been signalling determinedly that diplomacy and sanctions are still the preferred pathway forward. And Tillerson and Secretary of Defense Mattis have even crafted a new label for the administration’s policy: ‘strategic patience’ has given way to ‘strategic accountability’.

General Dunford, chairman of the US Joint Chiefs of Staff, is currently visiting regional American allies and China. Doubtless, part of his purpose is to reassure regional audiences that the US believes a peaceful solution can still be found to Pyongyang’s burgeoning nuclear and missile programs. But remember Dunford’s comments at the Aspen Security Forum in late July. His thinking clearly parallels the McMaster/Turnbull comments above:

"Many people have talked about military options with words like ‘unimaginable’… But … what’s unimaginable to me is allowing a capability that would allow a nuclear weapon to land in Denver, Colorado … [M]y job will be to develop military options to make sure that doesn’t happen."

True, armed conflict isn’t on the cards in the immediate future. If it was, we’d see a far higher level of military prepositioning on both sides of the demilitarised zone. But make no mistake. The prospects for conflict are likely to grow, not diminish, in coming months. This is a crisis with a host of speed bumps but a shortage of genuine off-ramps. And, as North Korean testing continues, the Trump administration is going to be looking at a grim choice between war and tolerance of mutual nuclear vulnerability between the US and a pariah state.

And that, of course, brings us to ANZUS. Prime Minister Turnbull copped a wave of negative commentary recently after stating the bleeding obvious: that Australia would support the US if it was attacked by North Korea.

"Each Party recognizes that an armed attack in the Pacific Area on any of the Parties would be dangerous to its own peace and safety and declares that it would act to meet the common danger in accordance with its constitutional processes."

That is what J.G. Starke called ‘the key or operative provision of the Treaty, the one which lays down the casus foederis of the alliance’ (page 117). The article requires an actual physical attack on one of the treaty’s parties, not merely the imminent threat of such an attack. Hence, it does not require us to support a preventive war by the US on North Korea. But the term ‘armed attack’ does cover events such as nuclear or biological use, or missile strikes.

What the treaty doesn’t do is tell us how we should act, except in the broad sense that we would ‘act to meet the common danger’. That action, says Starke, needn’t be a military one. In some circumstances, diplomatic action may suffice. Nor is the action automatic. No party is bound to declare war. Moreover, the general principle underlying Starke’s treatment of that issue is one of proportionality: the parties may ‘act’ only to the degree that meets the threat. In that sense, the detonation of a North Korean nuclear weapon over Denver might not justify an allied retaliation that essentially turned North Korea into a carpark; a retaliation that, as Mattis threatened recently, would lead to ‘the end of [the DPRK’s] regime and the destruction of its people’.

True, Mattis’s comments were probably meant to maximise the deterrent leverage on Pyongyang, and so might not accurately reflect US war planning. Even so, it’s hard to imagine that US retaliation would be limited to a game of one-for-one city-busting. That wouldn’t directly slow North Korea’s missile launch rate, or blunt Pyongyang’s capability to repeat the exercise against other American cities. The sensible response from the US wouldn’t prioritise city-targeting—or ‘people-targeting’—at all, but the targeting of military forces.

Of course, some ‘acts’ might also be disproportionate at the other end of the spectrum. If North Korea did nuke Denver, Australia’s filing of a strongly worded diplomatic protest in Pyongyang would probably be seen as an exercise so underwhelming in its significance as to place Canberra in breach of its alliance obligations.

So it’s important that the ANZUS allies discuss potential North Korean scenarios, not least because Australia is not a regular contributor to ongoing war-planning in relation to the Korean peninsula. If push does come to shove in relation to the North Korean program—and, frankly, it’s hard to see the crisis being resolved by diplomacy or sanctions—a difficult and bloody conflict might lie ahead.

Rod Lyon is a senior fellow at the Australian Strategic Policy Institute (ASPI).

This article originally appeared on the Australian Strategic Policy Institute.