A War with Russia Would Go Nuclear. Here's Why. 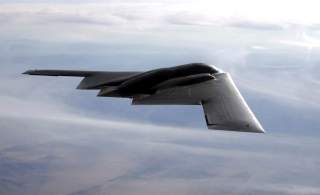 Simply put, if Russia were faced with a large-scale attack that could defeat its conventional forces, Moscow might resort to nuclear weapons.

While a recent RAND Corporation study concluded that Russia could overrun NATO’s member states Estonia, Latvia and Lithuania in the Baltics within sixty hours, the war games did not simulate the use of nuclear weapons. If, however, a war were to breakout between NATO and Russia, nuclear weapons would certainly come into play—especially if the conflict were going poorly for Moscow.

Unlike the Soviet Union, which had a stated “no first use” policy, modern Russia explicitly rejected that pledge in 1993. In fact, as Moscow’s conventional forces continued to atrophy during the economic and social meltdown of the 1990s, Russia developed a doctrine called de-escalation in 2000. Simply put, if Russia were faced with a large-scale attack that could defeat its conventional forces, Moscow might resort to nuclear weapons. In 2010, Russia revised the doctrine somewhat as its conventional forces started to recover from the aftermath of the Soviet collapse—the current version states Moscow would use nuclear weapons in situations “that would put in danger the very existence of the state.”

While the RAND study shows that Russia would be able to take the Baltics fairly easily, the war game didn’t explore what would happen in the event of a NATO counter offensive. The RAND study simply states:

Such a rapid defeat would leave NATO with a limited number of options, all bad: a bloody counteroffensive, fraught with escalatory risk, to liberate the Baltics; to escalate itself, as it threatened to do to avert defeat during the Cold War; or to concede at least temporary defeat, with uncertain but predictably disastrous consequences for the Alliance and, not incidentally, the people of the Baltics.

A NATO counter-offensive would be bloody and fraught with escalatory risk—but it’s one of the probable outcomes of a Russian invasion. In that eventuality, Russian conventional forces—of which only a portion are well trained and well equipped—would likely be severely damaged or even destroyed. Moreover, if NATO forces hit targets inside Russia or crossed over into Russian territory, Moscow might conclude that there is a danger to the existence of the state. After all, Moscow has expressed concerns in the past that regime change by the West is an all too real danger. In that situation, Russia might counter advancing NATO forces with its arsenal of tactical nuclear weapons.

The Russian tactical nuclear arsenal is not nearly as large as the Soviet arsenal had once been, but concrete numbers are hard to come by. The Soviet Union was thought to have possessed between 15,000 and 25,000 tactical nuclear weapons of all types ranging from suitcase-sized containers and nuclear mines to short-range aircraft delivered missiles, nuclear gravity bombs and artillery shells—as well as short-, medium- and intermediate-range ballistic missile warheads.

Another report, this one by the Federation of American Scientists, suggests that Russia doesn’t have any deployed non-strategic nuclear weapons. “All are declared to be in central storage. Several thousand retired non-strategic warheads are awaiting dismantlement,” reads the FAS’s Status of World Nuclear Forces.

This article originally appeared last year but is being reprinted due to reader interest.