Watch Out, China: Japan and Australia Are Getting Closer 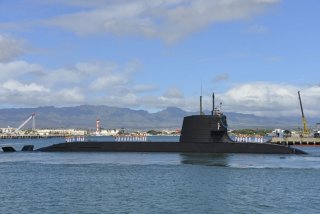 Under the banner of a new special relationship, we are currently witnessing a second evolution of Japan–Australia strategic relations. Looking back, the relationship’s evolution has had two distinct phases; the first phase of evolution started in 2007 which was marked by a deeper institutionalization of bilateral cooperation focusing on non-traditional security, culminating in the historic Joint Declaration on Security Cooperation in Tokyo. The non-traditional security cooperation between Australian Defense Force (ADF) and Japan’s Self-Defense Forces (JSDF) is best represented by the past record of the frequent humanitarian assistance and disaster relief (HADR) cooperation between ADF and JSDF units, to name a few, in responding to the 2010 flood disaster in Pakistan, the 2011 earthquake and tsunami in Japan, and the 2013 mega-typhoon disaster in the Philippines.

Building on those initial efforts, we are witnessing the second evolution of the bilateral partnership which is characterized by new cooperation in the sphere traditional security. This second evolution is ongoing, and is driven by the following three new areas of cooperation. First, discussions about security legislation in the ruling coalition in the Japanese Diet suggest the real possibility of legally allowing the JSDF to cooperate operationally with ADF in more traditional security situations by offering logistics support for ADF units and/or assisting with the ADF’s force protection. Such unprecedented operational collaboration might happen when Japan, Australia and the US conduct joint training or missile defense operations in the waters around Japan, or where ADF vessels operating in support of US military activities in South China Sea are at risk of attacks in Japan’s neighborhood.

Second, as debated on The Strategist (here, here and here, for instance), both countries are discussing the possibility of defense equipment cooperation—most notably in Australia’s Future Submarine project. It’s difficult to describe that kind of cooperation as ‘non-traditional’. Given that Australia’s submarine fleet regularly operates in Southeast Asia and the Indian Ocean, the implication is that Japan’s supporting the modernization and expansion of Australia’s undersea warfare capability in waters of increasing strategic importance.

Third, Japan and Australia—together with the US—are focusing on maritime security in Southeast Asia by assisting states in building up their maritime capacities. In the recent report by the Stimson Center, Ken Jimbo argues that trilateral cooperation in such areas can be designed to enhance maritime domain awareness and common operational pictures. This would be good news for Japan and Australia for many reasons. For one, it would reduce some of the burden on the US if states like the Philippines and Vietnam could manage some of the challenges they face in the South China Sea and didn’t demand US intervention every time.

As the second evolution of Japan–Australia strategic relations unfolds, both countries may face a wide range of challenges, particularly in managing mutual expectations. As bilateral relations move towards more traditional security, prominent scholars like Brendan Taylor and Nick Bisley, Des Ball and Rob Ayson, and Hugh White have expressed their concern about the risk of entrapment: Australia being drawn into a Sino-Japanese conflict should the relationship continue to develop as it is currently. Likewise, fears that getting too close to Japan might damage Australia–China relations are much more widely expressed down under (this concern can be termed as the ‘China Gap’ issue as I argued elsewhere). Those assertions, particularly ‘fear-of-entrapment’ arguments, are worrying signs because both parties harbour no desire to transform the bilateral relationship into a formal alliance, complete with the obligatory commitment of mutual defense.

Having said all that, some Japanese scholars and practitioners see the current strategic relations as a quasi Japan–Australia alliance, or see Australia as a de facto ally for Japan. This is not only misleading because these voices don’t in any way reflect Japanese government policy, but it’s also potentially dangerous because they risk fuelling fear of entrapment within Australia’s strategic community.

Indeed, managing such potential dynamics of mutual perceptions and expectations could become more critical and more difficult as the second evolution of our bilateral relationship continues to deepen and the regional security order becomes more competitive. For this reason, in future both governments may need to consider creating guidelines for Japan–Australia defense cooperation. For those who aren’t familiar with such guidelines, the Japan–US and South Korea–US alliances uses them for the purpose of articulating situations under which allies are expected to cooperate operationally, while also listing the required preparations for such operational collaborations.

Given the current status and future trajectory of the bilateral partnership, the purpose of guidelines for the Japan–Australia defense cooperation would be twofold: first, to articulate the nature of operational collaboration and what peacetime preparations are required. Second, to clearly state what this relationship isn’t about. The first point is important not just because ADF and JSDF would likely aim to cooperate in traditional situations which is unprecedented in the history of bilateral cooperation but, more importantly, because the legal limits of Japanese security would remain complex and obscure (regardless of the results of the security legislation), especially to outsiders. The second point sends an unequivocal message to various audiences, including China and the domestic constituencies of both countries, that this partnership isn’t involved with the obligatory commitment of mutual defense—it isn’t an alliance. In order for Australia and Japan to embrace the opportunities and effectively deal with challenges of the ongoing second evolution, it’s better to get it right before the time comes.