We Now Know Why Russia's AK-47 Is So Deadly 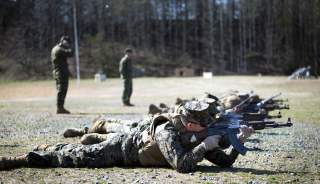