What Destroyers, Frigates and Elephants Have in Common 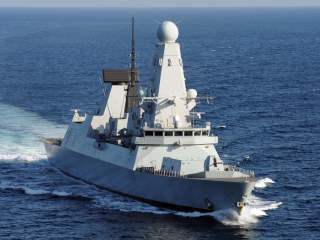 One of the questions I’m sometimes asked is “why do we call 6,000 ton warships frigates”? The implicit assumption behind the question is that the frigates of the past were vessels of modest size, and that there’s been some bracket creep going on. Perhaps there’s even a suspicion that navies have been keeping the same nomenclature while ratcheting up the capability of the vessels to put one over the bean counters. (Heaven forbid.)

If we go back a few hundred years, a cursory analysis seems to back up the idea of growing frigates. In the late 1700s, most navies ‘rated’ their ships based on their armament. First rate ships carried over a hundred cannons, second rate ships ninety to ninety-eight and so on. In this taxonomy frigates were fifth (thirty to forty-four cannons) or sixth (twenty to twenty-eight cannons) rate ships. Even then there was a tendency for size inflation, but at the time of the 1805 Battle of Trafalgar, they were still a modest thirty-six guns.

So a frigate wasn’t a “ship of the line.” Instead, they were the primary vehicle for what we now call C3ISR (computers being the ‘missing’ C). They roamed freely in the armed reconnaissance role, collecting intelligence and communicating between ships at sea and authorities ashore. They were Nelson’s over the horizon intelligence gathering capability and he literally couldn’t get enough of them, famously writing: ‘I am distressed for frigates, which are the eyes of the fleet’.

But that didn’t mean they weren’t useful fighting vessels. Fifth or sixth rate was a comparative term and there were many smaller classes of vessels. Frigates were still a class of vessels capable of sustained and independent cruising operations. They were heavily tasked for trade protection and trade attack—one of the reasons there was a shortage for fleet reconnaissance. The ability to sustain independent operations later came to define the “cruiser”—which is what many of today’s “frigates” actually are. That’s why the modern frigate has come to occupy a loftier role in modern force structures than its forerunner wooden namesake.

I think there are two explanations for the evolution in fleet nomenclature. The first is that modern vessels are mislabeled. Many of today’s frigates and destroyers are in form and function actually cruisers—large vessels capable of prolonged independent action. There’s probably something in the ‘fool the bean counters’ argument there. The Royal Navy, for example, has had a tendency to underplay the size of proposed vessels to hide the degree of ambition from Treasury. The Type 45 “destroyer,” at over 8,000 tons, looks a lot more like a cruiser—a class of vessel that has been around that size for a century.

But there’s another parallel explanation. Today’s frigates and destroyers are big for the same reason that elephants are.

I might need to explain that a little further. Sixty-five million years ago dinosaurs ruled the Earth and even project LAND 121 lay in the distant future. Dinosaurs occupied the most lucrative ecological niches and the mammals subsisted at the margins as ‘small shrew-like creatures’. Once the dinosaurs were taken out by atmospheric changes or a giant cometary impact (or both), the mammals had new ecological space to literally expand into. Given time and opportunity, shrews became elephants. So it is with warships. In the first part of the 20th century the naval equivalent of dinosaurs were dreadnoughts and battleships and, like diplodocus and its ilk, some of them reached huge sizes. (See graph below.) Japan’s battleship Yamato displaced over 70,000 tons and by the 1930s the average was above 40,000 tons.

Like the dinosaurs, the huge warships’ habitat changed markedly due to the invention of the aeroplane and submarine. WW2 wasn’t as dramatic as a cometary impact (though dramatic enough for most tastes) but it effectively ended those lines. Smaller vessels such as frigates and destroyers hung on and, like the mammals before them, expanded into newly-opened ecological niches.

Andrew Davies is senior analyst for defense capability and director of research at ASPI. This article first appeared in the Strategist.