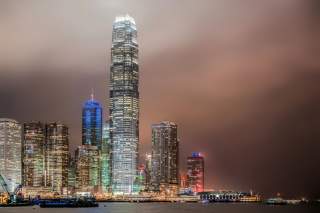 In September 1982, Deng Xiaoping and Margaret Thatcher sat down to discuss the future of Hong Kong. It was neither the first nor the last of their many meetings negotiating the 1982 Sino-British Joint Declaration that set the date for the handover of Hong Kong to China for 1997. The British colony had started as a modest fishing village in the 1840s and was now an international center of finance home to millions of people from across the world. Deng Xiaoping wanted it back. After years of imperial decline, Britain had seen its empire evaporate and its rule of Hong Kong seemed anachronistic to many observers. But the British were not going to let it go easily. They had promised to leave behind the kind of government that Hong Kong had been accustomed to for the past century and a half, namely its capitalist system based on the rule of law. However, Deng was ready to take any steps necessary, including force, to return Hong Kong to China. In what is now a famous conversation between the leaders of China and the United Kingdom, Deng bluntly reminded Thatcher that he could “walk in and take the whole lot [of Hong Kong] this afternoon.” Mrs. Thatcher replied that while he could do just that Hong Kong would not be worth a penny to him afterwards: “There is nothing I could do to stop you, but the eyes of the world would now know what China is like.”

Recent developments in Hong Kong, call to mind Mrs. Thatcher’s memorable words. The people of Hong Kong in a pseudo-referendum have showed their resolve—they want more say in how their leader is elected. How the Chinese Communist Party (CCP) responds will reveal China’s true nature to more than just the people of Hong Kong. For the Taiwanese, China’s actions in Hong Kong are especially important. If Taiwan is ever to take further steps towards unification with China, China’s record in Hong Kong must be spotless and the Taiwanese people must see how they will be governed and what kind of freedom they will have. Taiwan wants to see whether China will stay true to its promise outlined in the Joint Declaration of fifty years of autonomous rule in Hong Kong. Indeed, Taiwan is sure to think long and hard about the future of any further economic integration—let alone political integration—if it is the ghosts of 1989 and Tiananmen that take center stage and this Hong Kong democracy movement is stifled. The numerous free trade agreements that Taiwan has made with China in the past few years may all be for naught if the protests in Hong Kong devolve into chaos and political repression. Taiwan will be closely watching what happens.

The West will also be watching. Hong Kong wields an enormous amount of symbolic power as a place where English Common Law, free speech, and honest government hold sway. It does not bode well that a white paper released by the Chinese government in early June makes “loving your country” a key attribute of judges in Hong Kong. To trample on Hong Kong’s judicial system would be a direct assault on Hong Kong’s traditions and its legacy of Western rule of law. China should heed the importance of such a legacy. Hong Kong’s success as a financial giant rests on the confidence it instills in people who do business there. Puppet judges will destroy that confidence.

What’s really at stake for China in Hong Kong, though, is about more than Hong Kong’s symbolic power as a center of capitalism and international finance. Hong Kong’s status as a financial center may be of secondary concern to China because the mainland already has a vibrant economic center in Shanghai.  In some ways, Shanghai has become the more important city.  If you want to do business on the mainland then Shanghai is your destination, not Hong Kong.  This is not to say that Hong Kong is unimportant. Hong Kong is still, along with London and New York, one of the world’s preeminent world capitals of finance and the CCP want to keep it that way. What is really at stake for China in Hong Kong is reunification with Taiwan.  Will the CCP kill the golden goose?  Will the CCP fear Hong Kong’s democracy movement and feel the need to crush it with an iron fist? Or will it allow for some sort of compromise in self-governance for Hong Kong—however much the CCP leadership may dislike democracy—in order to prove to Taiwan that it has a future in greater China? Ultimately, whatever China decides to do will show to, as Mrs. Thatcher famously said, “the eyes of the world … what China is like.”