What Is the True Impact of the Federal Hiring Freeze? 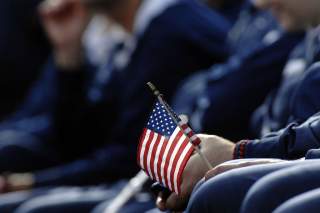 Much attention has been paid of late to the plight of federal workers who cannot abide the policies or principles of the current administration. The former acting director of the Central Intelligence Agency has gone so far as to predict “a wave of resignations,” and at least one intelligence analyst has publicly and dramatically quit via op-ed and accompanying video. Meanwhile, a high-ranking official at the Environmental Protection Agency decided to “take [his] talents elsewhere” based on proposed funding cuts to his program. Overall, what is likely to be a small trickle punctuated by operatic exits has been portrayed in some quarters as a “crisis moment.”

I wish to offer an alternative, if more prosaic, perspective.

In my current military assignment, I am privileged to represent wounded, ill and injured service members who are undergoing disability evaluation. The purpose of the process is twofold: to determine if the individual remains able to serve, and if not, to provide recompense for their resulting disabilities. Among the medical conditions most frequently encountered are traumatic brain injury, post-traumatic stress disorder and chronic pain resulting from either specific events or repetitive tasks, such as wearing heavy gear and operating combat machinery. Thankfully, casualties from improvised explosive devices are significantly less common than at the height of America’s post-9/11 wars.

The vast majority of service members want to continue to serve, if at all possible. For those who recognize their condition precludes a return to duty, their attention necessarily turns to receiving benefits and compensation that adequately reflect their functional impairments. In nearly all cases, the prospect of being involuntarily discharged or retired on medical grounds is stressful and emotionally taxing.

In countless conversations and consultations I’ve had with individuals in the disability system, not once has the occupant of any political office ever been mentioned, let alone influenced the decisions or desire of service members to serve. As they grapple with a potentially premature end to their military pursuits, foremost on the minds of the troops are their families, their futures, and the comrades and calling they are leaving behind. The closest thing to a policy discussion I have ever experienced is when service members ask what, if any, impact the ongoing federal hiring freeze will have on their ability to transition to the civilian sector and remain in the nation’s service. This is a question I am unable to answer.

The lion’s share of the federal workforce, whether military or civilian, is staunchly committed to the ideal of steadfast and apolitical service. This makes forecasts of “skyrocketing” attrition improbable, despite any grumbling to the contrary.

As for the few who resign their posts in protest, by no means do I doubt their patriotism, sincerity or noble intentions. I wholeheartedly wish them all the best. Even more fervently, I hope that my clients whose military careers have been unexpectedly cut short have the opportunity to assume the vacated positions once the hiring freeze lifts. Their health may have faltered, but their commitment endures.

Maj. Charles G. Kels is a judge advocate and disability counsel in the U.S. Air Force. Opinions expressed in this article are those of the author alone and do not reflect those of any government agency.

Image: An athlete holds an American flag during the opening ceremony for the second annual Warrior Games. Wikimedia Commons/U.S. Navy