When it Comes Military Capabilities, Can Uniformed Officers Tell 'the Truth'? 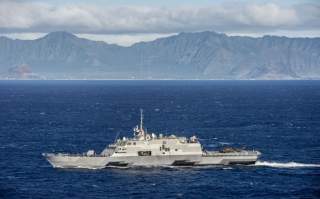 Senior uniformed officials have an obligation to tell elected political leaders—and the public—the unvarnished truth about the country’s military capabilities. Further, those leaders should be able to tell the truth without fear for their careers—that was the central theme of an event hosted by the Hudson Institute.

“You will not make chief of naval operations in this country, you will not make First Sea Lord in the United Kingdom if you tell the truth, it’s as simple as that,” retired U.K. Royal Navy aviator Rear Adm. Chris Parry told an audience at the influential think-tank on Wednesday. But that’s not acceptable—senior officers must be able to speak candidly without fear for their careers or political retribution. “They should be able to say, short of resignation, ‘we can’t deal with this.’”

Arthur Herman, a senior fellow at the Hudson Institute, also reiterated the point that it was “incumbent” upon senior officials to tell the political leaders the truth about the capabilities of their forces and equipment. “The political pressure to do the opposite are intense, even overwhelming,” Herman added.

“There is a conspiracy of silence in peace about if you would take stuff to war or not,” Parry said. If equipment does not work or is not suitable for an actual shooting war—military leaders have an obligation to speak up publicly. The Royal Navy learned that lesson the hard way during the Falklands War in 1982 when its was discovered that its much vaunted Sea Slug and Sea Cat missiles were basically useless. But even as the weapons proved to be ineffective, Royal Navy officials started rewriting history to make those weapons seem better than they were, Parry said. If there is a problem, military leaders must speak up: “Say so, or you’ll kill your young people.”

One current program that vividly illustrates this problem is the Littoral Combat Ship (LCS) program—which is also privately called the “Little Crappy Ship” by many in the U.S. Navy. “I would bring up the Littoral Combat Ship, which has been a complete disaster,” Parry said. Parry noted that the U.S. Navy is not getting much “bang for the buck” in terms of modularity out of the LCS. The ship is often criticized for its non-functional warfare modules and lack of firepower.

Parry further noted that it’s only now that many officers are coming out—after more than a decade of wasting taxpayer money—and admitting that entire LCS concept was deeply flawed from the beginning. Indeed, the Defense Department only recently decided a new frigate will genuine warfighting capability will have to be built, he said. The only success the LCS program can boast of is that Lockheed Martin has convinced Saudi Arabia to buy some of the ships for roughly $12 billion, Herman added.

Parry’s presentation is important. Perhaps it takes a foreigner to point out the obvious; dishonesty about the performance of defense programs and military readiness is also a big problem at the Pentagon. During the F-22 life-support debacle a few years ago in 2011—a story I broke when I was at Defense News—the U.S. Air Force tried to put a happy face on that story even as pilots were terrified to set foot into the cockpit. I can recount at least one instance where Air Force public affairs intentionally released false statements about tests on the Raptor’s cockpit environment at Edwards AFB, Calif., during that episode. Here’s hoping that Parry’s remarks attract a wider audience.