Where Does Taiwan Stand on the South China Sea? 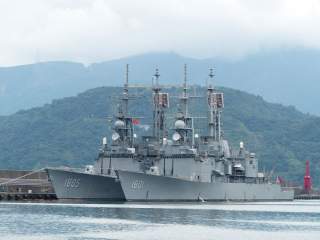 In January 2016, Tsai Ing-wen was elected president of the Republic of China (ROC, Taiwan). She will take office later this month. As the first president from the pro-independence Democratic Progressive Party in eight years, Tsai’s election represents a wildcard of sorts for the ROC’s ongoing claims in the South China Sea.​

Whatever course she takes as president, her South China Sea policy will be governed by one central dilemma. This dilemma stems from the difficult reality that ROC possesses a similar position to the People’s Republic of China (PRC) in the disputed waters, while it still aims to pursue international standards of best practice. How has this dilemma shaped policy so far, and how is it likely to evolve?

The 1992 Consensus — ‘One China, respective interpretations’ — agreed to by the ROC and the PRC poses preconditions on the ROC’s foreign interactions. While both parties have worked towards ‘the gradual institutionalisation of the cross-strait relationship’, the ROC’s voice in the international community has had limited impact. It has been barred from participating in international and regional regimes and dialogues, including the United Nations Convention on the Law of the Sea.

The ROC and PRC positions on the South China Sea have significant commonalities. Both claim the legitimacy of U-shaped lines, such as the so-called nine-dash line, and their sovereignty from a historical perspective. But in terms of their status in the international community and their interpretation of international standards, the two positions vary.

The ROC claims that ‘in terms of either historical, geographical or international legal perspective, the Nansha (Spratly) Islands, Shisha (Paracel) Islands, Chungsha (Macclesfield) Islands, Tungsha (Paratas) Islands, as well as their surrounding waters, their respective sea bed and subsoil belong to … the Republic of China’ as ‘an inherent part of the territory’. The ROC ‘does not recognise any claim to sovereignty over, or occupation of, these areas by other countries’.

The U-shaped nine-dash line constitutes the main part of the ROC’s historical claim over the South China Sea. In December 1946, a map issued by the ROC’s Department of Territories and Boundaries featured 11 discontinuous U-shaped lines. In 1948, the government declared its sovereignty and the right to maritime resources over the islands and reefs within the line. The PRC later recognized the line when it was established in 1949. The current shape of the nine-dash line was set down when the PRC government removed two dashes in the Gulf of Tonkin in 1953.

The ROC seems to have slightly adjusted the gravity of its claim. Recently, the ROC’s claim has focused more on the islands, their surrounding waters and continental shelf, rather than the whole body of water in the U-shaped line. The ROC ‘suspended its claim to the entire waters’ within the line in December 2005, while still advocating its ownership of land features within the line.

The ROC has possessed the naturally-formed Taiping Island in the Spratlys since it sent troops there in 1956. The island used to be the largest among the Spratlys, but it has been surpassed with the PRC’s island reclamation and construction in recent years. ROC presidents and officials, including former presidents Chen Shui-Bian and Ma Ying-jeou, have visited Taiping Island in order to reiterate and promote Taiwan’s territorial claim.

Among other claimants, the ROC has been engaged in conflict with Vietnam over Taiping Island (Ba Binh Island in Vietnamese) and has disputed Vietnam and Malaysia’s joint submission to the Commission on the Limits of the Continental Shelf of the United Nations.

The ROC has also criticized the Philippines’ domestic and foreign activities. One recent conflict between the ROC and the Philippines occurred in January 2013, when the Philippines initiated international arbitration proceedings against the PRC at the International Tribunal for the Law of the Sea. The ROC was not invited as a concerned party in this arbitration. It also protested against an argument that appeared during the second hearing held in November 2015 that denied Taiping Island was a naturally-formed island.

Amid rising concerns in the region regarding militarization of maritime features and potential clashes, the ROC’s activities in the South China Sea have been focused on civilian purposes. On 26 May 2015, the ROC government proposed the South China Sea Peace Initiative (the SCS Peace Initiative). The initiative led to the Agreement Concerning the Facilitation of Cooperation on Law Enforcement in Fisheries Matters between ROC and the Philippines on in November that year.

The SCS Peace Initiative was motivated by the East China Sea Peace Initiative (the ECS Initiative), which the ROC had proposed in 2012. Then president Ma explained that the ECS Initiative ‘de-emphasises the territorial nature of the dispute and focuses on resource sharing and cooperation’, and can therefore also be applied to the South China Sea. He advocated the fisheries agreement with Japan in 2013 as a successful development springing from the ECS Initiative. Likewise, the SCS Initiative is expected to realise the belief that ‘while sovereignty cannot be compromised, resources may be shared’.

The ROC is confidently promoting the viability of its SCS Peace Initiative using its experience in managing cooperation in the East China Sea. Last month, Tsai Ing-wen insisted on the ROC’s sovereignty over Taiping Island. How she will further transform the ROC’s position is unknown at this stage, but the dilemma of the ROC’s South China Sea policy will be a persistent problem into the future.

The outgoing president of the ROC and the president-elect have different views and principles in managing cross-strait relations. But securing sovereignty in these troubled waters could encourage them to overcome the ROC’s dilemma.
Jiye Kim is a PhD candidate and Korean Government Scholar at the Centre for East Asian Studies at Jawaharlal Nehru University, and Research Assistant at the Department of Government and International Relations at the University of Sydney. This piece first appeared in East Asia Forum here.