Where in the World Is Abubakar Shekau? 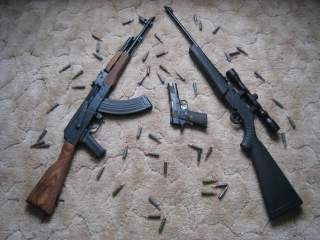 There is increased speculation about the whereabouts of Abubakar Shekau in the Nigerian media. His last media broadcast was in early March when he pledged allegiance to the self-proclaimed Islamic State and threatened to disrupt Nigeria’s presidential and gubernatorial elections.

However, there have always been questions about Shekau. The last time he was seen in public was 2009. Since then, the Nigerian security services have claimed many times to have killed him. There has been speculation that the “Abubakar Shekau” that appeared in Boko Haram videos was actually an actor or a double. Presuming that Shekau does, in fact, continue to exist, his authority or role in the leadership of Boko Haram is also unclear. Some have suggested that Boko Haram is run by a council, of which Shekau is only one member.

In 2009, the security services cracked down on Boko Haram, killing its then leader, Mohammed Yusuf, and at least 800 followers. In the aftermath, Boko Haram melted into the countryside and urban slums and re-grouped. It re-emerged as a violent fighting force two years later, in 2011. Boko Haram may be following that same pattern now.