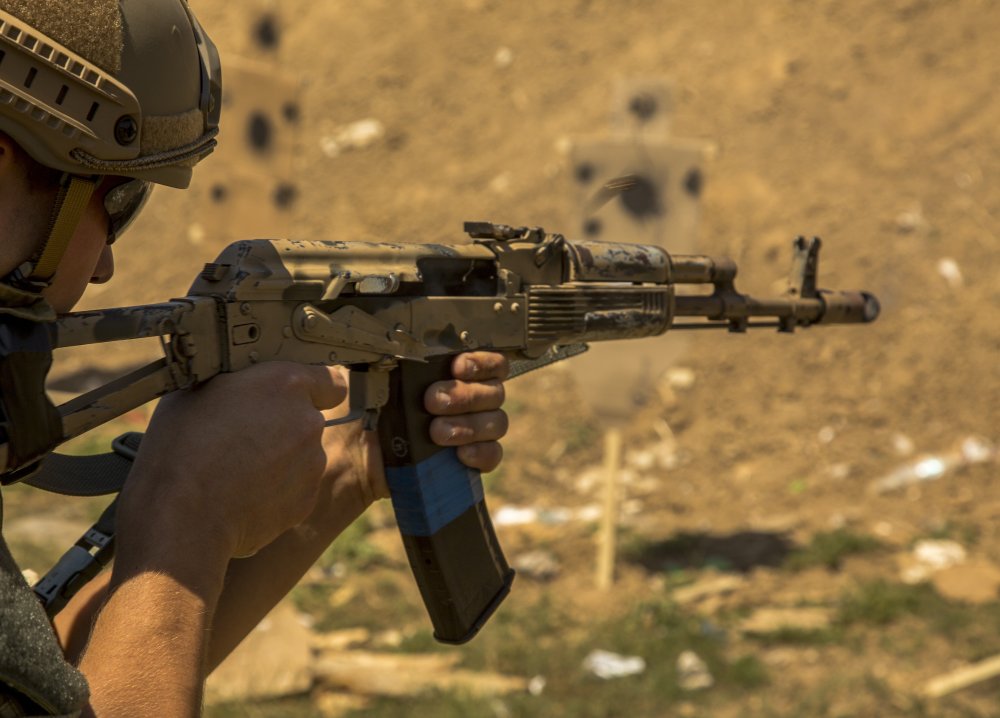 On March 28, 2018, two arms companies — Polish and Nigerian — announced that Nigeria would begin manufacturing Beryl rifles under a technology transfer agreement, Jane’s reported. It is a pretty good deal for the Polish Armaments Group, a holding company that controls Fabryka Broni, the rifle’s Radom-based manufacturer.

The Nigerian army is one of the few countries in the world outside of Poland to field the Beryl. Lithuania is the other, which has them in limited service, and there are a handful reportedly in the hands of the Afghan army. Nigeria has at least 2,000 of the rifles. Poland, by comparison, has more than 80,000 as it is the Polish army’s standard service rifle.

Now is a good time to get familiar with the Beryl. If Nigeria can manufacture its own, it can export them. The Beryl is also an interesting rifle with Cold War origins — and which has undergone several changes in the decades since to make Polish rifles compatible with standardized Western ammunition and modern accessories.

During the Cold War, the Soviet-backed Polish People’s Republic manufactured its own versions of Russian weapons including the Tantal — the Beryl’s predecessor.

The Polish arms industry produced several eastern bloc variant weapons including the P-83 Wanad pistol, which fires the same cartridge as the Soviet Makarov and outwardly resembles it. Today, the Wanad is sometimes carried by civilians in the United States and is still, apparently, in limited service with some Polish police.

The Tantal was the Polish version of the AK-47 — or more precisely, the AKM variant developed in the 1950s. One distinctive feature of the Tantal is the folding metal stock, designed to help absorb the recoil from launching rifle grenades. The Tantal came late in the Cold War, with the Polish army adopting it in 1989 just as communism was collapsing.

Eight years later, the Polish army began switching over to the Beryl.

While mechanically similar to the Tantal, the Beryl was a new rifle with largely new components to accommodate the 5.56-millimeter NATO round. The flash hider around the muzzle can launch rifle grenades, and — like the Tantal — there is a foldable metal stock, at least on the original version.

In the following years, Poland has developed several more variations with a fixed stock, and another with a folding composite stock. A hands-on review from the Military Arms Channel described the Beryl as “extremely” accurate and reliable — on top of the already well-regarded reliability of the AK-47 and its many dozens of variants.

One problem for sport shooters: the Beryl is hard to get, and relatively expensive. Nigeria, however, should soon have more of these modern and considerably rugged AK variants.