Why America Needs an Interests Section in Iran 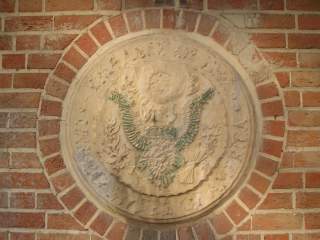 The one-year anniversary of the signing of the Joint Comprehensive Plan of Action (JCPOA) provides us with an opportunity to debate what the final six months of the Obama Administration should bring to Iran policy. This next period is of deep import, as it will create a new baseline for the incoming President.

However, the current terms of the debate about Iran policy are too narrow to create a different baseline from the current JCPOA-centric status quo.  This current moment has been framed as a debate over how to cement the nuclear deal while ensuring that Iran’s other activities are curtailed. But this frame does not allow for the kind of out-of-the-box thinking that enabled us to reach a nuclear deal in the first place. As a result, it limits potential initiatives that, paradoxically, can actually help us to achieve our national interests.

What the Obama Administration should consider at this juncture is to open an American-staffed Interests Section in Tehran. The issues at stake with Iran – from ensuring that our national objectives can be better realized to helping American citizens – require exploring enhanced diplomatic engagement with Tehran.  Having a limited diplomatic post in Tehran would serve such a purpose while also ensuring that the nuclear deal is rigorously implemented and an open line of communications between the two nations is maintained.

The idea of establishing an American-staffed Interests Section in Iran was first considered by the George W. Bush Administration and is backed by historic precedent of sending American diplomats to the heart of an adversary’s capital. Throughout the Cold War, the U.S. maintained a diplomatic presence in the Soviet Union. And despite severing diplomatic relations with Cuba, we maintained an American-staffed Interests Section in Havana from 1977 until the renewal of full diplomatic relations last year. This Interests Section played an important role in de-escalating tensions between Cuba and the U.S. during tense moments by providing a direct channel for dialogue.

A report published by the Public Affairs Alliance of Iranian Americans (PAAIA) in February of 2014 found that the absence of a U.S. diplomatic presence in Iran during the previous 34 years had greatly hampered America’s ability to understand and successfully impact events related to Iran.

To remedy this strategic loss, an American-staffed Interests Section would help inform policy formulation and execution by assessing and reporting on realities on the ground and effectively engaging key actors and all sectors of Iranian society.  It could also enhance people-to-people ties by facilitating academic and cultural exchanges, an issue that the Obama Administration has repeatedly been on the record as supporting.

Finally, an Interests Section would greatly enhance American Citizen Services (ACS) for Americans traveling to or residing in Iran. Activities such as U.S. passport issuance and renewal as well as consular support for Americans arrested or missing in Iran, would be strengthened to the direct benefit of U.S. citizens.

While there are critics on both sides for re-establishing a limited American presence in Iran, the benefits outweigh the costs.   A renewed American diplomatic presence on the ground in Tehran strengthens our capacity to address our concerns with Iran and directly engage the Iranian people.  We must remember that Iran has a sizable young, urban and highly educated population that is eager to engage with and connect to the global community. There are leaders in Tehran that understand the demographic and economic challenges facing the country, and who see that in order to overcome these challenges, they need to move beyond policies of the past and work towards rejoining the international community.

Diplomacy has thus far helped to curtail Iran’s nuclear ambitions. As President Obama faces the homestretch of his Administration, he should seize this opportunity to consolidate his diplomatic opening through the JCPOA toward a more entrenched policy change vis-a-vis Iran.  In seeking to create an American Interests Section in Tehran, the President will be following bipartisan precedent while acting in a manner consistent with American security objectives and the goals of both our allies and the Iranian people.

Morad Ghorban is the director of Government Affairs and Policy for the Public Affairs Alliance of Iranian Americans (PAAIA).