Why America Should Keep Supporting the IAEA 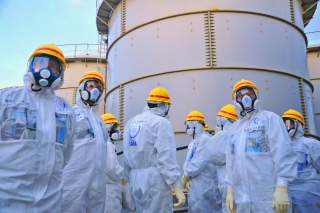 As ambassadors who have represented the United States at the International Atomic Energy Agency (IAEA), we know how it contributes to U.S. national security. We therefore applaud Representatives Jeff Fortenberry, Bill Foster and Pete Visclosky for cosponsoring H.Res. 260: “Expressing the sense of the House of Representatives in support of the International Atomic Energy Agency’s (IAEA) nuclear security role.”

Such tools as international standards for nuclear security, regional cooperation and peer reviews of security practices are all critical to countering nuclear terrorism, and if the IAEA didn’t already exist to support these efforts, we would have to invent it. The IAEA conveys legitimacy, convenes experts from around the world and coordinates other groups working on nuclear security. The IAEA can pool contributions from myriad donors in the Nuclear Security Fund and use these resources to improve member states’ ability to secure, detect and eliminate nuclear materials.

This is why the Nuclear Security Summits were designed to enhance, empower, elevate and energize the IAEA’s nuclear security work and why its central role was highlighted in the Communiqués of all four Summits. The IAEA Action Plan, agreed by consensus at the final Summit just a year ago, provides a blueprint for future action by member states, acting through the agency’s governing bodies and individually, to advance the agency’s nuclear security efforts. Some modest steps to implement this Action Plan were visible in the IAEA’s 2016 Nuclear Security Resolution and at its Nuclear Security Ministerial Conference held in December, but more needs to be done, and H.Res. 260 is right to call for more action.

For the United States to play its role in this implementation, Congress needs to provide adequate resources in the budgets of the State Department, the National Nuclear Security Administration and the Defense Department to fully fund our IAEA contributions. We can vastly leverage our modest national contribution through this international consortium.

This investment in enhancing our protection against nuclear threats is just one example of how the foreign-affairs budget supports our own national security. International cooperation—whether building alliances to combat the drug trade, increasing global capacity to prevent pandemics from crossing our borders, or promoting the rule of law and transparency abroad to facilitate the export of U.S. goods and services—directly benefits us at home. The 1 percent of the U.S. federal budget that is devoted to the State Department yields huge returns on this investment on Americans’ security and prosperity, and must be preserved.