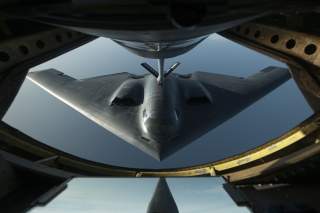 One does not need to look very hard to see that these are dangerous times. The United States today is faced with multiple threats and security challenges. A newly aggressive, adventurous and reckless Russia has reemerged as a threat in Europe, the Middle East and on-line. China is no longer content to solely expand its influence and power in industrial and economic realms, but seems bent on increasing its territory and influence by military means in the South China Sea and perhaps beyond. North Korea’s leader is so focused on maintaining power that he continues to defy the world and his own allies by developing nuclear weapons and the ballistic missile technology that could reach the continental US. His efforts seem focused on blackmailing the world and guaranteeing the future of his regime. Despite the international community’s nuclear deal with Iran, they continue to stir up contention and conflict in their region while carrying out their own illegal ballistic missile tests. Lastly, the threat of radical terrorism continues to rear its ugly head. These problems are found in every corner of the world and stretch America’s power and ability to address them all. Since World War II, America’s fleet of long range bombers have proven a valuable and credible option when the US needed to reach out and strike far away threats. In fact, throughout the history of military aviation, bombers have provided range, payloads and lethality unequaled by other aircraft and very few weapons systems.

Although American bombers were usually successful at reaching their targets their achievements did not come without losses and they were not as invincible as early airpower strategists once hoped and believed they would be. Up through the 1980s, America’s bomber force was known for its long-range, high-altitude bombers that flew mostly at subsonic speeds and eventually reaching ranges of 4,000 to 5,000 nautical miles, but they were still vulnerable to enemy air defenses despite numerous countermeasures. With the introduction of stealth technology, the latest generation of bombers, the B-2, could penetrate modern highly defended Anti-Access Aerial Denial (A2/AD) environments to successfully strike targets in the heart of enemy defenses virtually undetected. The B-2’s small radar cross section allows access to areas where conventional aircraft cannot go. A single stealth bomber can still take the fight directly to the enemy and hold the enemy’s leadership and other important assets at risk. The cost of stealth has kept this force small in numbers, and thus the force is not very flexible and cannot provide mass except in the number of precision weapons that can be placed on one aircraft, and for the B-2 that is 80 500-pound precision satellite guided weapons. This presents a risk to the enemy, but it also presents a risk to the nation that might need to fight multiple enemies with limited airframes. When a nation has only 20 B-2s, with several in different stages of maintenance and others devoted to training and testing, losses are unacceptable. Like their predecessors, B-2s provide global reach and power. A more resilient and potent force will consist of 100 B-21s (the next generation stealth bomber) and potentially even more. They will be able to enter future A2/AD environments, safely operate for long periods, and keep the pressure on or eliminate the enemy leadership.

The strategic imperative to field long-range attack aircraft has not gone away. In fact, it may be more important than ever. True deterrence is still a credible bomber that can threaten any target anywhere around the globe from its protected hangar in the middle of its nation with either conventional or nuclear weapons. This force imposes cost on the enemy and causes the enemy to invest in defensive weapon systems to protect itself. Bombers hold the enemy at risk anywhere in the world with nuclear weapons or high-volume precision-guided conventional fires. The war in the Pacific in WWII is a great example of the power of global reach. The US fought a long, hard and costly combined naval and land campaign to establish bases close enough to take the fight to Japan and its leadership. Once those bases were captured, US forces could directly strike the Japanese capital. In addition, in Europe, once Berlin and Hitler were held at risk, Germany’s days were numbered. History shows that when you can take the war directly to enemy leadership, you shorten the war. When you fight around the periphery and nibble at the edges of the conflict, it will be a long one. Today’s modern stealth bombers, including the B-21, are one of the few tools that can be counted on to take the fight to exactly where it matters, inside the most heavily contested airspace. The traditional range, payload and lethality now combined with onboard intelligence-surveillance-reconnaissance sensors, precision-strike weapons and stealth designs position the American heavy bomber at the forefront of future warfare.

Today our most modern bomber, the B-2, is 25 years old with no announced retirement date. The Air Force has recently announced plans to fly the venerable Cold War workhorse, the B-52, until 2050. The youngest B-52 in the fleet is already 52 years old. On 25 May, the Vice Chief of Staff of the U.S. Air Force, General Stephen Wilson, spoke at an event on Capitol Hill and provided a sobering perspective about the age of our frontline bomber force. By the time the B-52 is finally retired in 2050 the youngest B-52 airframe will be 85 years old; that is the equivalent of the Air Force keeping the original Wright Flyer aircraft from 1903 and using it to fly combat missions in Operation Desert Storm in 1991! Some say the US can’t afford to upgrade the force with new bombers, but with advances in technology, the proliferation of modern A2/AD defenses and a series of wide ranging and dangerous adversaries, the US can’t afford not to modernize its bomber force. When it comes to deterring the enemy, the only thing that matters is that the enemy believes the deterrent force is ready, survivable and their leaders are willing to use credible weapons that will hit them where it matters most. Today’s modern stealth bombers with the addition of the next generation B-21s (in sufficient numbers) will demonstrate that the US serious about deterrence and is ready, survivable and willing to go to war. America needs a new bomber and the time to buy it is now!

James Price is a Senior Military Fellow at the Center for a New American Security (CNAS). He is also the co-author of the CNAS publication “Higher, Heavier, Farther, and now Undetectable? Bombers - Long-Range Force Projection in the 21st Century.”  The views expressed in this article are those of the author and do not necessarily reflect the official policy or position of the United States Air Force, the Department of Defense, or the US government.