Why are 5,000 Chinese Fighting in Syria's Civil War? 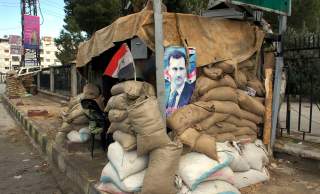 An estimated 5,000 Chinese militants are fighting alongside various insurgency groups in Syria, according to the Syrian ambassador to China.

“Our estimated numbers, because of the numbers we fight against, we kill, we capture, we wound, would be around 4-5,000 Xinjiang jihadists,” Imad Moustapha, the Syrian ambassador to China, told Reuters, “China as well as every other country should be extremely concerned.”

The combatants are reportedly Uighurs, members of a Muslim minority that primarily resides in Xinjiang Province. While some are fighting for the Islamic State, the majority are fighting “under their own banner” for a separatist cause. Located in Northwest China, Xinjiang is restless and prone to violence. Conflicts between the Uighurs and the Han majority are sometimes attributed to the Chinese government’s heavy-handed approach to regional tensions. The government, however, blames unrest on extremism and violent separatist movements, such as the East Turkistan Islamic Movement.

Ten thousand armed Chinese police marched through Urumqi, the capital of Xinjiang, in February in a massive show of force. Such a display of power has not been seen in the region in years. Some human rights groups argue that Uighurs are fleeing to Turkey and other countries to escape domestic oppression. Beijing denies these accusations.

Chinese President Xi Jinping instructed security forces in March to to erect a “Great Wall of Steel” against terrorism in Xinjiang.

Uighur militants with the ISIS released a gruesome video in late February in which they vowed to return home and “shed blood like rivers and avenge the oppressed.” Observers suspect that there are only a few hundred Uighurs fighting with ISIS.

Moustapha told reporters that China and Syria are cooperating on the militant threat. “We do exchange information and a little bit more than information regarding these terrorist groups,” he explained, without going into specifics.

Syrian President Bashar al-Assad told Hong Kong’s Phoenix TV in March that China and Syria are engaging in “crucial cooperation” on Uighur militants and the potential threat from these fighters.