Why Armenia Wants to Recognize Nagorno-Karabakh 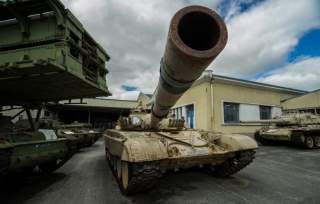 On May 5th, Armenia’s government approved at a session a legislative initiative of opposition lawmakers on recognizing of the so-called “Nagorno-Karabakh Republic” and sent it for consideration to the parliament. The draft law was initiated by Members of Parliament Zaruhi Postanjyan and Hrant Bagratyan. Deputy Foreign Minister of Armenia Shavarsh Kocharian said that the approval of the draft law by the Armenian government is connected to the results of the discussion between Armenia and Nagorno-Karabakh, taking into account further developments, including external affairs.

Commenting on the Armenian government’s approval of the opposition’s draft law on recognizing Nagorno-Karabakh, a spokesman of Russian President Dmitry Peskov said the following: “We are monitoring the decisions taken in this context very carefully. The Kremlin called all on the parties involved in  the Nagorno-Karabakh conflict to avoid steps that could violate the fragile ceasefire and lead to the escalation of tensions in the region. “We are calling both sides of the conflict as before to avoid any steps that could destroy the rather fragile ceasefire and lead to an escalation of tension in Karabakh” stated  Dmitry Peskov.

The United States also officially commented the issue. “The United States, along with the rest of the international community, does not recognize Nagorno-Karabakh,” U.S. Department of State Deputy Spokesperson Mark Toner said in a press briefing. “Nagorno-Karabakh’s final status will only be resolved in the context of a comprehensive settlement, so we urge the sides to come to the negotiating table in good faith in order to reach a settlement that achieves those goals,” he added.

After the statement of retaliation and under the international disapproval Armenian government issued clarification that it approved not a bill which would recognize the independence of Nagorno-Karabakh but made a conclusion on the legislative initiative of two Members of Parliament. The government meeting held on Thursday “approved the government’s conclusion on a bill on recognizing Nagorno-Karabakh” Armenia’s premier minister spokeswoman Gohar Poghosyan told to media. “Therefore, the government has not approved the bill on recognizing the independence of the Nagorno-Karabakh at this stage”, she posted via Facebook on May 5th.

In Armenia, any legislative initiative of parliamentarians needs to get a preliminary conclusion of the country’s government, which was scheduled for May 10th, 2016.

The National Assembly of Armenia abstained to consider the bill that would officially recognize the independence of the so-called “Nagorno Karabakh Republic”, which was self-proclaimed in the occupied territories of Azerbaijan, the Armenian Parliament said. Even, the document was not included to the agenda of the meeting. Deputy Head of the Administration of the President of the Republic of Azerbaijan, Novruz Mammadov evaluated the proposal as a provocation of the Armenian leadership to spoil the negotiation process, to maintain the status quo and to disrupt the negotiation process which is ignorance of international law and UN Security Council resolutions. Novruz Mammadov also called co-chairs to express their opinion on this issue.

As it reflected in the comments by the Press Service of the Ministry of Foreign Affairs about a draft law to be reviewed by Armenia on recognition of the so-called regime, by regularly perpetrating provocative acts.  In addition to violating the ceasefire by shooting at Azerbaijani cities and villages along the line of contact of armed forces of Armenia and Azerbaijan and the border of two countries, Armenia aims to freeze the situation and block any progress in the negotiations process. By doing this, Armenia’s leadership justifies the obvious failure of its aggressive and annexationist policy and satisfy the demands of various military and extremist circles of Armenian society for the sake of its own internal political ambitions.

Some media sources speculated that the bill on recognition of independence of co-called “NKR” was brought again into the agenda by the permanent Commission of the Armenian Parliament on External Affairs which was supposedly to be discussed on May 16, on the eve of the Vienna meeting of the Presidents of Azerbaijan and Armenia organized by the mediation efforts of the OSCE Minsk group.

The recognition of Nagorno-Karabakh is an attempt to stop the signing of a compromise on the “Kazan formula”, involving long-term discussions of the status of Nagorno-Karabakh. Recognizing the independence of the so-called “NKR”, Armenian government has waived this part of the “Kazan formula" and destroys its integrity that is built on a complex system of balance between Armenia and Azerbaijan. Thus, Yerevan breaks a temporary compromise and does not leave Azerbaijan other ways than to preparing for a military solution to the conflict.

This Armenian step can be regarded as attempt of blackmail of the Armenian side, which in turn is a reaction of the occupant country to the escalation of the conflict that took place from April 2nd to April 4th of this year, which demonstrated that the conflict is not frozen. The Azerbaijanis will not assent with the occupation of 20 percent of the internationally recognized territory, and Baku is ready at any moment to liberate the occupied territories. Moreover, such actions of Armenia won't leave Azerbaijan other way than as the military resolution of the conflict.

As Russian political analyst Aleksandr Karavayev has noted, Baku would evaluate the recognition as a fact of withhold from negotiation process that lasted for more 20 years, under the guise of Minsk Group co-chairs. It was obvious that the co-chairs, diplomats and heads of the states would also condemn the recognition of Nagorno-Karabakh by Armenia. This would open the new doors for Azerbaijan, because on one hand Baku would not be a party that leaves the negotiation process, and on the other hand has overwhelming military advantage over Armenia.

It should be noted that the recognition of the separatist regime by Armenia can in no way affect the position of international community in favor for Armenia, which do not recognize “NKR” as an independent state nor as part of Armenia. International organizations and third states adhere to the position that Nagorno-Karabakh belongs to Azerbaijan, and the military forces of Armenia must be withdrawn from all occupied territories of Azerbaijan, which finds its legal consolidation in the documents adopted by international organizations on the Nagorno-Karabakh conflict, first and foremost, in the resolutions of the UN Security Council, which has a legally binding character, Armenia still ignores.

Najiba Mustafayeva is an Expert-Adviser at the Center for Strategic Studies (SAM) in Azerbaijan. She is an expert in international law, human rights and conflict resolution.