Why China Loves Russian Fighter Jets (and Steals All Their Technology) 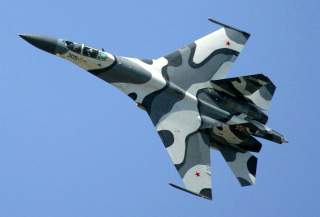