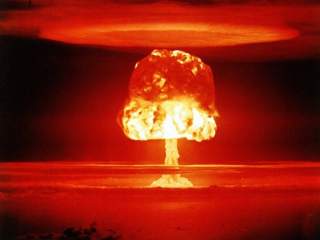 On February 11th, the House Foreign Affairs Committee held what was supposed to be an oversight hearing on the Iran nuclear deal which quickly turned into a forum for many of the committee members to voice their concerns over Iran’s other activities outside the scope of the arms control agreement.  This phenomenon was not lost on Congressman Gerald Connolly (D-VA) who last year had the wherewithal to introduce bipartisan legislation that would ensure enduring oversight of the Joint Comprehensive Plan of Action (JCPOA).

“We come from different political parties in an extremely polarized Congress. After careful consideration, we also came to different conclusions on the merits of the Iran nuclear deal,” the legislation’s co-authors explained in an op-ed.  “However, we both agree it’s time for Congress to move beyond residual debates and now act to oversee Iran’s full compliance with the Joint Comprehensive Plan of Action (JCPOA).”

Like Congressmen Connolly and Hanna, we also disagreed last year on the merits of the JCPOA. But disagreements in the past should not prevent us from working together to tackle the realities of the present and the opportunities and challenges of the future.

The Commission established by their bill will verify Iran’s compliance with its obligations under the agreement, assess the adequacy of the safeguards and other control mechanisms contained in the agreement with respect to Iran's nuclear program, and assess the capacity of the International Atomic Energy Agency to implement the verification regime required by or related to the agreement.

The fact that there were only a few questions about the actual implementation of the nuclear agreement at the recent House Foreign Affairs Committee hearing about the agreement reemphasizes the need for Congress to pass H.R.3741.

Policymakers should craft policies that would engage the Iranian people and serve U.S. interests as well as remain vigilant in countering the Iranian government’s regional and domestic activities. Iran’s ballistic missile program, support for groups linked to terror, and human rights violations are serious issues that Congress must not overlook.

At the same time, it is very important for Congress to have a constructive role in one of the most important arms control agreements of our time. The serious implications of the agreement require a dedicated body with the sole focus of providing oversight.

By establishing the Commission to Verify Iranian Nuclear Compliance, Congress will be able to play a productive role in dealing with Iran’s nuclear program and establishing lasting Congressional and Executive branch coordination on this important national security matter.  It will also send a message to our P5+1 partners that the U.S. is resolved in seeing full compliance of the agreement.   Whether one supported the deal or not, it is of critical importance for the U.S. to not be seen as violating the agreement or spirit of the JCPOA, otherwise it could hamper our ability to effectively snap back nuclear related sanctions. Those nuclear related sanctions are set to be reauthorized by Congress soon and will be re-imposed against Iran if they violate the terms of the agreement.

Morad Ghorban is the director of Government Affairs and Policy of the Public Affairs Alliance of Iranian Americans (PAAIA). Anna Kaplan is a town councilwoman from North Hempstead, New York.  She was born in Iran and came to the U.S. as part of an international effort to help Jewish children escape the Iranian revolution. She is a Democratic candidate for retiring Congressman Steve Israel’s seat in NY-03.