Why Do Russia, China, Iran and Cuba All Have in Common? Intelligence Services Gunning for America 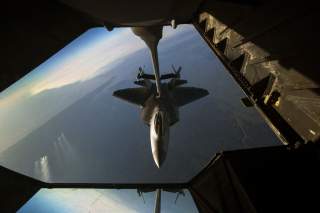 “Foreign intelligence services present a grave threat to DoD’s [Department of Defense] ability to plan and execute strategic operations across the globe,” U.S. Marine Corps. Lt. Gen. Vincent R. Stewart, director of the Defense Intelligence Agency told the Senate Armed Services Committee in his written submission on May 23. “Russia and China are preeminent among the foreign intelligence threats to DoD and U.S. national security through their robust use of traditional and nontraditional collection efforts against U.S. personnel, operations, and capabilities.”

According to Stewart, the threat from foreign intelligence agencies is more complicated than ever before with multiple competitors. That’s a change from the Cold War-era where the primary threat was the Soviet Union’s powerful KGB and GRU agencies.

“These threats are more diverse and complex than at any time in history. Avenues for traditional and nontraditional espionage are expanding, creating challenges to DoD supply chains, critical infrastructure, and emerging technologies that will support current and future DoD activities,” Stewart wrote. “Our adversaries are seeking advantage in these areas by leveraging the openness of the U.S. system to identify legal loopholes affording them access to sensitive information.”

Indeed, new technology is making the problem even more difficult than in previous years. The information technology revolution has allowed even smaller nations—and even terrorist groups—to complete in the intelligence game. “Smaller nations and non-state actors are acquiring commercial, off-the-shelf technology to quickly develop means to target the United States,” Stewart wrote. “DoD continues to aggressively develop programs to identify insider threats in order to protect intelligence and other assets from compromise.”

Director of National Intelligence, Dan Coates, who was testifying alongside Stewart, agreed with the DIA assessment. “The United States will face a complex global foreign intelligence threat environment in 2017,” Coates wrote in his statement. “Penetrating the U.S. national decision making apparatus and the Intelligence Community will remain primary objectives for numerous foreign intelligence entities. Additionally, the targeting of national security information and proprietary information from U.S. companies and research institutions involved with defense, energy, finance, dual-use technology, and other areas will remain a persistent threat to U.S interests.”

Thus, the United States must boost its counterintelligence efforts to defend against this growing threat.