Why Indonesia Should Join the TPP 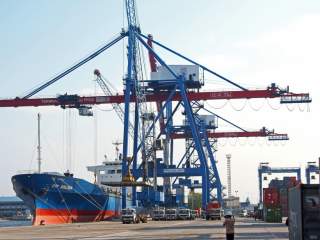 When Indonesian president Joko Widodo expressed an interest in joining the Trans Pacific Partnership (TPP) to Barack Obama in November, he triggered a heated debate in Indonesia. Former president Susilo Bambang Yudhoyono even stepped in via Twitter to advise Widodo that he should not be too ambitious when it comes to opening up the country’s trade.

Widodo has sought to make a virtue of free trade. His government believes free trade agreements can stimulate the business sector in two ways. Firstly, they encourage—at least in theory—the process of market selection; eliminating weak enterprises, bolstering strong ones and encouraging efficiency and innovation. Secondly, the government believes such agreements provide an opportunity to work across the business sector to prepare it for international competition. The latter strategy seems likely to inflict fewer casualties, but it will be slow going.

Recently, however, it is Indonesia’s increasing closeness to China that has attracted attention. Indonesia is, for example, actively engaged in the China-led negotiations over the Regional Cooperation Economic Partnership, and it is also a member of the Beijing-led Asian Infrastructure and Investment Bank. When it comes to direct trade, China recently defeated Japan to secure the contract to build Indonesia’s first bullet train, valued at US$5 billion. One school of thought holds that Widodo's interest in the TPP reflects, at least in part, a desire to show Indonesia has its own, independent position in the world economic order and no wish to be grouped with either China or the United States.

That said, the debate around the TPP has mostly centered on Indonesia’s readiness to observe the many and diverse standards required by the binding agreement.

The TPP is wide ranging, covering not only trade but also intellectual property rights, food safety, state owned enterprise sector reform, environmental protection, financial regulation, and more. These regulatory areas are not new for Indonesia but in some cases the rules in place are not as sophisticated as the TPP requires. Moreover, as noted by the OECD and many others, protectionism remains an issue in this country, and this is obviously at odds with the free trade agreement agenda.

In terms of possible advantages for Indonesia, while this is one of the most populous countries in the world with one of the fastest growing economies, its purchasing power is not as strong as that of many developed countries. It would benefit from both more involvement in international trade and greater diversity. China is Indonesia’s chief trading partner and the weakening of China’s economy is a concern.

Widodo is keen to harness the exposure to international markets gained through free trade agreements to expedite the main economic agenda and others agree. Moody's Investors Service has signalled it would be credit-positive for Indonesia's sovereign credit rating if it signed up to the TPP, while a 2012 study by the U.S.-based Peterson Institute suggested TPP membership would boost Indonesia's exports and deliver a GDP boost.

On the flipside, there is also concern about how not being in the TPP tent will harm Indonesia by giving a leg up to its competitors in export markets; Malaysia, Brunei, Singapore and Vietnam have all signed the TPP.

When compared to neighbors such as Singapore or Malaysia, Indonesia is often perceived to be not very competitive in terms of infrastructure and human resources. Nevertheless, Widodo’s belief that the TPP would welcome Indonesia is not without foundation. In the Global Competitiveness Index 2015, Indonesia ranked at 34 out of 144 countries.

Widodo’s commitment to building infrastructure and providing a friendly investment climate could also be informing his preference to join the TPP. In 2015 and upcoming 2016, infrastructure has the highest allocation in the state budget and the Widodo government has also simplified overlapping regulations and cut red tape in a bid to provide better investment incentives.

In the next few years, we will know if the government's economic stimulus package and infrastructure building projects have been successful. A confirmation of intent to join the TPP would, by signaling a commitment to free trade, increase the chances of such success even if, as the government has acknowledged, the necessary preparations would take years.

Retno Maruti is a senior policy analyst at Indonesia's Ministry of Finance focused on international economic issues. She holds a Master of Applied Economics (International) and also lectures and consults in this field. Retno’s posts represent her own views, not official policy or the position of the Indonesian Government. This article first appeared in the Interpreter.