Why Israel's Stealth F-35I Is Truly One of a Kind 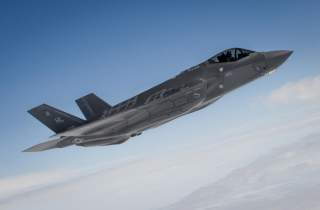