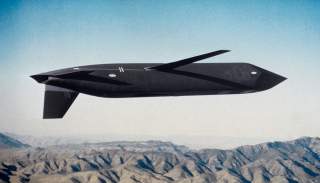 Is there a way to defend large swaths of land against a cruise missile attack?

Right now, there is no operational weapons system that can provide area air defense against terrain-hugging cruise missiles over land—only point defense is possible. However, there are systems and technologies under development that could one day provide some measure of protection. These systems would not be a single surface-to-air missile battery, but rather a network of sensors and computers that would be able to correlate data into a single picture.

“Intercepting cruise missiles is more than a matter of launching a surface-to-air missile,” Mark Gunzinger, an airpower analyst at the Center for Strategic and Budgetary Assessments and former B-52 pilot, told The National Interest. “Defenses against salvos of modern cruise missiles require a network of sensors that can detect low-flying and possibly low observable threats approaching target areas from multiple azimuths, secure comm links that can quickly pass data from distributed sensors to information fusion and fire control systems and personnel with appropriate training and expertise in operating the systems.”

What Gunzinger is described is a true integrated air defense system—one that relies on the sum total of multiple other systems working together to form a single coherent air picture. “In other words, it really requires a system-of-systems to effectively defeat multiple incoming cruise missiles,” Gunzinger said. “I'm not surprised with Syria's lack of success against the recent raid.”

The United States Navy is the furthest ahead in terms of developing such a system with its Naval Integrated Fire Control –Counter Air Construct (NIFC-CA). Under the NIFC-CA construct, every ship and aircraft in a carrier strike group is connected to every other aircraft in the unit via the Northrop Grumman E-2D Advanced Hawkeye, which acts as a central node. Effectively, with NIFC-CA, the carrier strike group would be able to cover hundreds of miles of territory with weapons and sensors.

That is necessary because cruise missiles like the Tomahawk fly at extremely low altitudes, they are extremely difficult to detect, track and intercept except at very short distances because of the curvature of the Earth and terrain features such a hills, mountains and valleys. A ground-based radar is inherently limited by line-of-sight and against a very low-flying object, the radar horizon is short—as little as twelve miles depending on the terrain features in the area. But even with NIFC-CA—which works well over the relatively uncluttered ocean—there are difficulties with spotting cruise missiles over land with myriad terrain features.

The U.S. Army too is developing a solution to the cruise missile problem called the Integrated Air & Missile Defense Battle Command System (IBCS). IBCS is not a new weapons system, rather its is a system to link and fuse the information from multiple existing systems such as the Patriot, THAAD and others into a coherent whole where any of the shooters can attack a particular incoming target. “IBCS, that’s really just the network and the command system,” Thomas Karako, a Center for Strategic and International Studies senior fellow and director of CSIS’ Missile Defense Project told my colleague Sydney Freedberg at Breaking Defense. “The goodness of that needs to be applied much more extensively.”

NIFC-CA is already on its way to being fielded, but IBCS is still some ways off. But until such systems come online, there is no good defense against cruise missile strike—and even then it will be difficult.