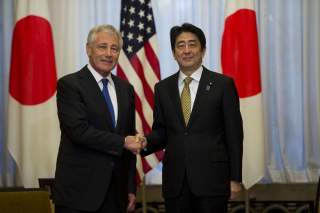 Japanese Prime Minister Shinzo Abe’s recent tour of South America, Central America and the Caribbean has been characterized by the international media as an attempt to match—if not outdo—Chinese President Xi Xinping’s own attempts to build economic relations in Latin America.  Yet Abe’s trip was not solely about spheres of economic influence: diplomatic and security issues were never far from the agenda, particularly regarding Japanese membership of the UN Security Council (UNSC).

Next year, Japan hopes to be elected as a non-permanent member of the UNSC.  First elected to the council in 1958 and last a member in 2010, Japan (along with Brazil) has spent more years on the UNSC than any other state, testament to the value that Japanese leaders have for generations placed upon membership of the UN’s chief security forum.  Obtaining the prize of representation has always required some expenditure of diplomatic—and economic—capital.  It is nothing new, then, for Abe to use his meetings with the Caribbean Community (CARICOM) to shore up votes for next October’s elections, which will take place within the UN General Assembly where every country has an equal vote.

Japan’s ambitions go far beyond recurrent non-permanent membership of the council, however.  Instead, Japan has long argued that the permanent membership of the UNSC—currently the Britain, China, France, Russia and the United States—should be expanded to include itself, Brazil, India and Germany, the so-called “Group of Four”.  Last week, Abe and Brazilian President Dilma Rousseff restated their joint case for reform (a March 2011 pamphlet from the Ministry of Foreign Affairs in Tokyo gives further details on the Japanese position).

Although the objective of permanent membership is longstanding, Abe’s diplomatic push ahead of October 2015 inevitably will be seen abroad in the same light as his other foreign policies, several of which have been criticized as hawkish by neighboring governments—not least of all the Chinese, which bitterly opposes the Japanese bid.  Far beyond the unwanted symbolism of a fully rehabilitated and “normal” Japan on the UN Security Council, the very real powers that permanent membership would afford Tokyo are simply anathema to Beijing’s interests.

Unlike Abe’s others attempts to bolster Japan’s international security posture, however, the bid for permanent membership of the UNSC is something that China is able to block with relative ease. As an existing permanent member of the council, China wields a veto over any proposals to alter its composition.  Japan’s permanent membership is therefore not possible without Chinese consent.

As such, Japan’s membership of the P5 is a non-starter, but Japanese ambitions on the world stage will nevertheless redound to the fraught Sino-Japanese relationship.  During previous discussions about reform of the UN in April 2005, “tens of thousands of demonstrators marched on the streets of major Chinese cities, throwing stones and other objects at the Japanese Council’s Office and vandalizing Japanese stores and restaurants.”  A decade on, domestic disgust at perceptions of Japanese hawkishness—stoked by state-controlled media—have hardly abated in China.

For years, Japan has proceeded cautiously and relatively successfully when it comes to pressing its case for reform of the UNSC.  Tokyo has the support of many nations large and small, and has made common cause with both Brazil and India (and Russia, for that matter)—China’s supposed allies in the BRICS bloc.  But Japan’s efforts never will be enough.  There is only one vote that matters when it comes to determining Japan’s future as a prospective permanent member of the Security Council and it is to be found in Beijing, not anywhere in Latin America.  Another round of non-permanent membership is thus the best that any number of Abe’s diplomatic offensives can buy.