Why Mark Zuckerberg Is a Top Target for ISIS 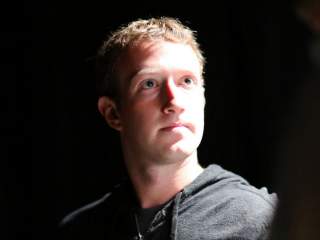 U.S. social media companies are taking steps to curb support for terrorist causes on their Web sites. According to news reports, both Facebook and Twitter have rooted out thousands of accounts that either advocate or display sympathy for terrorists—and as a result have reduced the groups’ effectiveness on the Internet.

In response the Islamic State (also known as ISIS) released a new propaganda video which threatens Facebook founder Mark Zuckerberg and Twitter founder Jack Dorsey. This is because social media has played a key role in the strategy of terrorist groups—facilitating access for social network users to weapons and tactical training. Terror groups that have limited geographical reach have been able to expand their global presence via thousands of websites, including social networks.

While Al Qaeda was the first terror network to mastermind these techniques, successor groups, such as ISIS, have taken Internet strategy to a new level—bursting onto the Internet in the summer of 2014 with a slew of barbaric propaganda videos and hundreds of thousands of Facebook and Twitter accounts.

Social media companies were slow to react to ISIS. But in a recent blog post, Twitter stated that it has rooted out 125,000 terrorist-related Twitter accounts since mid-2015, especially related to ISIS.

“Like most people around the world, we are horrified by the atrocities perpetrated by extremist groups. We condemn the use of Twitter to promote terrorism and the Twitter Rules make it clear that this type of behavior, or any violent threat, is not permitted on our service. As the nature of the terrorist threat has changed, so has our ongoing work in this area.”

The company states it has expanded its teams that patrol the service for terrorist postings, particularly those of ISIS sympathizers. According to a Brookings study of ISIS Twitter usage done last year, the actual number of users of such accounts is relatively small, with some hyperactive users operating as many as 2,000 accounts each.

Facebook has been more hands-on than Twitter and has set up at least five offices around the world to police the service. Facebook’s Community Operations team consists of specialists fluent in several dozen languages, and respond to terrorists using the social media network. Terror-related material is taken down and related accounts closed.

This proactive stance against the manifest abuse of their services has not been taken without resistance from the social media companies though. It has come in response to heavy pressure from the Obama administration, which has repeatedly reached out to Silicon Valley for assistance. There have also been threats of looming Congressional action.

Social media companies have been slow to act in part because they fear being perceived as too close to the U.S. intelligence community. These are understandable concerns. One Senate provision of a senate intelligence bill last summer, sponsored by Senate Intelligence Committee Chairman Richard Burr (R-NC) and Sen. Dianne Feinstein (D-CA) would have required social media companies to report “all terrorist activity” on their networks to intelligence services. Heavy lobbying by trade associations representing social media and tech companies caused it to be removed.

The reluctance of Twitter and Facebook to take the step of deleting accounts related to Islamic terrorism could also be rooted in political correctness. Twitter and Facebook have been accused of taking down conservative content, and at the same time Facebook founder Mark Zuckerberg in December announced that he wanted to make Facebook a safe zone for Muslims to communicate. Like the Obama administration these companies are coming reluctantly to the fight against Islamic terrorism or its advocates.

With greater vigilance on the part of the social media companies themselves, it is inevitable that some communication will be driven underground, into the encrypted world of the dark net, where not just terrorist sympathizers will have less access, but also law enforcement.

Yet, as we combat the global radicalization that ISIS has made its specialty, taking down social media accounts and denying the terrorists the desired dominance on the Internet is a critically important step in information warfare.

Helle C. Dale is the Heritage Foundation's senior fellow in public diplomacy. Her work focuses on the U.S. government’s institutions and programs for strategic outreach to the public of foreign countries, as well as more traditional diplomacy. This article first appeared in the Daily Signal.