Why Record Numbers of Americans Are Renouncing Their Citizenship 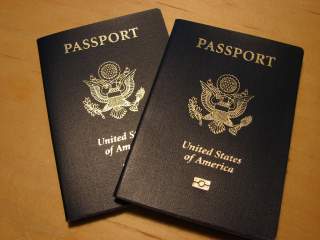 Would you give up your citizenship in order to keep your bank account?

That’s a question few Americans would ever want to confront, yet many Americans living abroad are now having to answer.

A little-known tax law, known as the Foreign Account Tax Compliance Act, has resulted in some foreign banks no longer serving Americans.

The law, signed in 2010 by President Barack Obama, was intended to make it harder for Americans to keep money overseas and out of the reach of the IRS. The primary target was rich Americans allegedly hiding money from tax collectors.

To find tax avoiders, foreign banks are conscripted by the U.S. government to serve as a compliance arm of the IRS. As a result, many of these stranded Americans have had to make the undoubtedly difficult decision to give up their citizenship just to continue to access their banking services.

Last year, 5,411 people renounced their U.S. citizenship, the largest number of published expatriates in one year, continuing a four-year streak of record-breaking numbers.

The Foreign Account Tax Compliance Act requires foreign financial institutions, such as banks, to identify and report to the United States most types of transactions for all American clients.

These new regulations are enforced by the threat of applying a 30 percent withholding tax on revenues generated in the United States by the noncompliant foreign financial institution.

The reporting burden and withholding penalty faced by foreign banks trying to comply with the new regulations has made it easier for some Americans to renounce their citizenship than to find a bank that is willing to bear the bureaucratic costs of complying with the law.

These penalties are not just hitting the rich, and they are not just harming tax dodgers. The cost of complying with this law hits every American living overseas, not just those targeted by the original legislation.

To add insult to injury, the cost of implementing this law may soon outpace the money that it brings in.

Furthermore, the direct cost to taxpayers does not include the compliance costs to financial institutions. A legal challenge to the law in 2015 estimated compliance costs alone were on track to total more than the 10-year revenue estimates.

The root of the problem is more than just compliance costs, it’s the U.S. government’s presumption that it is entitled to your money even if it’s earned in another country.

The U.S. is one of just a few countries that claims taxing rights on labor income earned abroad. Such a system of worldwide taxation hurts the American economy and makes it much harder for Americans to live abroad

Hopefully, relief from this law is around the corner. Rep. Mark Meadows, R-N.C., and Sen. Rand Paul, R-Ky., recently released a bill that would repeal the onerous regulations.

Congress and the IRS should focus on the U.S. domestic tax system and leave Americans living abroad alone. The Foreign Account Tax Compliance Act is yet another example of continued government overreach.

Hopefully, tax reform will bring with it relief for all Americans—including those living overseas.