Why Russia and China Should Fear America's Zumwalt 'Stealth' Destroyer 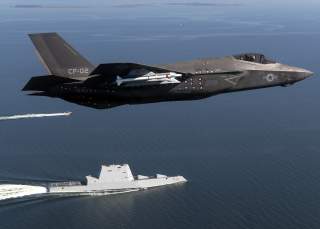 This article, which includes commentary and analysis from Kris Osborn, originally appeared on Warrior Maven.