Why Russia and China Still Fear the F-16 Fighting Falcon 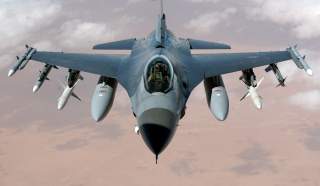